The Legends of Chess tournament continues to throw surprises! Retirement fails to slow down Kramnik, who took down Anand in a match for the ages! Vassily Ivanchuk comfortably beat a hapless Ding Liren to register his first match win of the event. Nepo got past Giri with a game to spare despite having lost positions in all 3 games. Peter Leko played much better than Magnus Carlsen, but the World Champion profited from a mouse slip to win the final game and the match. Svidler seems to be getting better with each match win, this time against Gelfand, and leads on a perfect score with Magnus Carlsen. An illustrative report by Tanmay Srinath

Online Chess, while definitely not the only format that should be played, is definitely one of the most interesting ones. In this tournament there have already been quite a few surprises, most notably about the quality of play of the yesteryear stars like Svidler, Gelfand and Leko. As Magnus Carlsen remarked today: 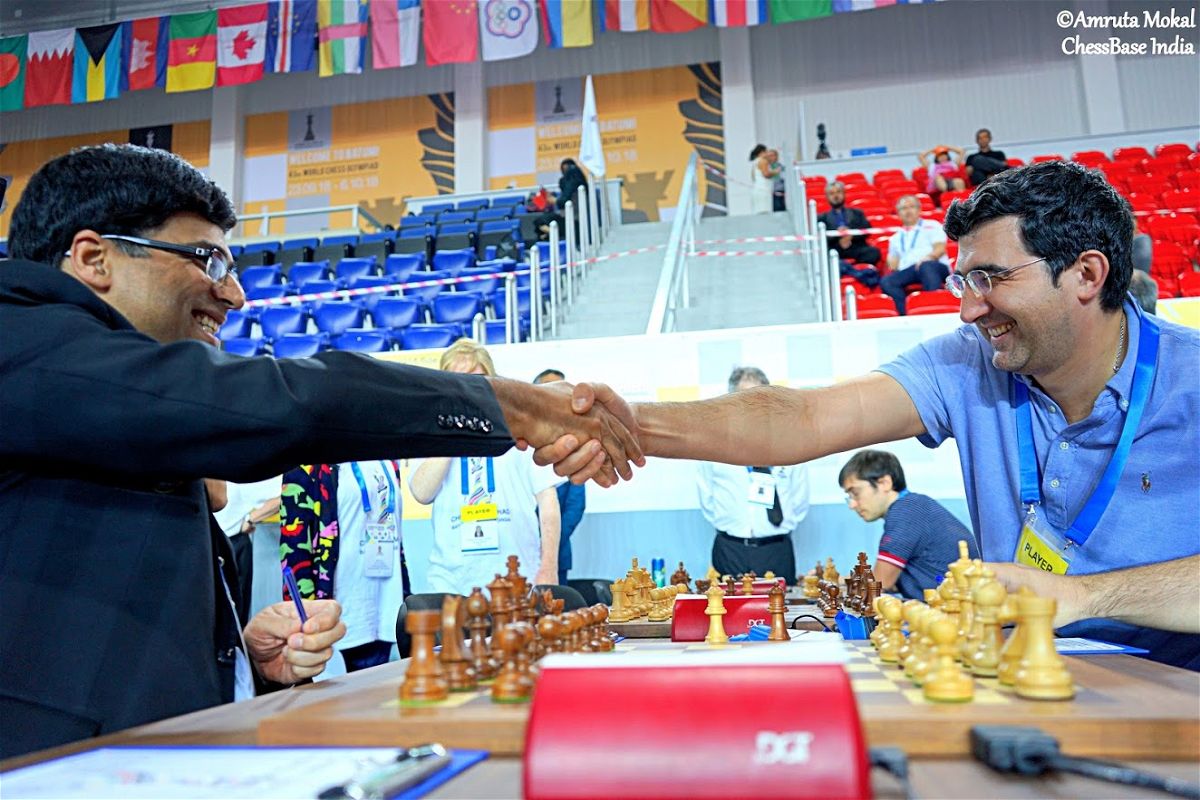 Two rivals, friends and colleagues from the same chess generation met at the (virtual!) board for the nth time. One would think that these two guys know only chess, but a certain Thug Life Grischuk thinks we should call it the match of the trolls(!?):

Jokes aside it was indeed a Kramnik show today, but since it was limited to the chessboard we will have to wait to see the legend's trolling skills another time!

Game 1 according to Kramnik was crucial in setting this up: 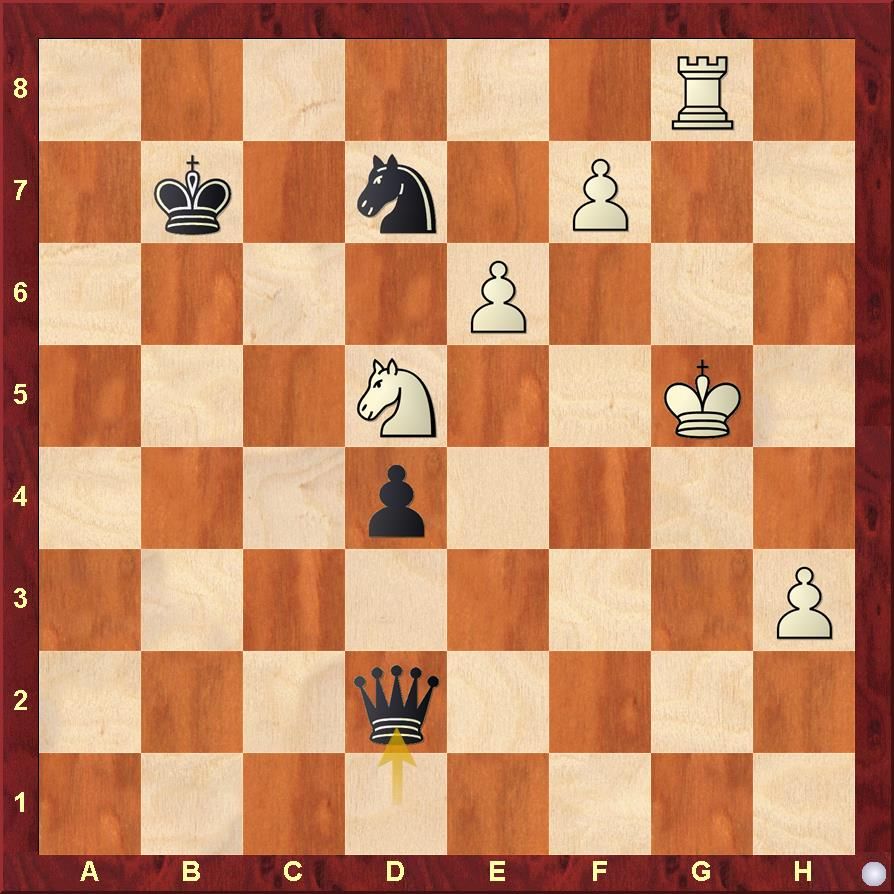 After a lot of twists and turns we reached this position, which is winning for White but very difficult to realise in a practical game. Here Vishy went Kg6?? and resigned after Qg2+! forking king and knight. Instead, the calm Nf4! wins the game on the spot, the two super strong passed pawns on e6 and f7 will decide the game.

This win proved crucial according to Kramnik:

Kasimdzhanov could not control himself!:

Game 2 was seemingly a case of Anand forgetting his previous game: 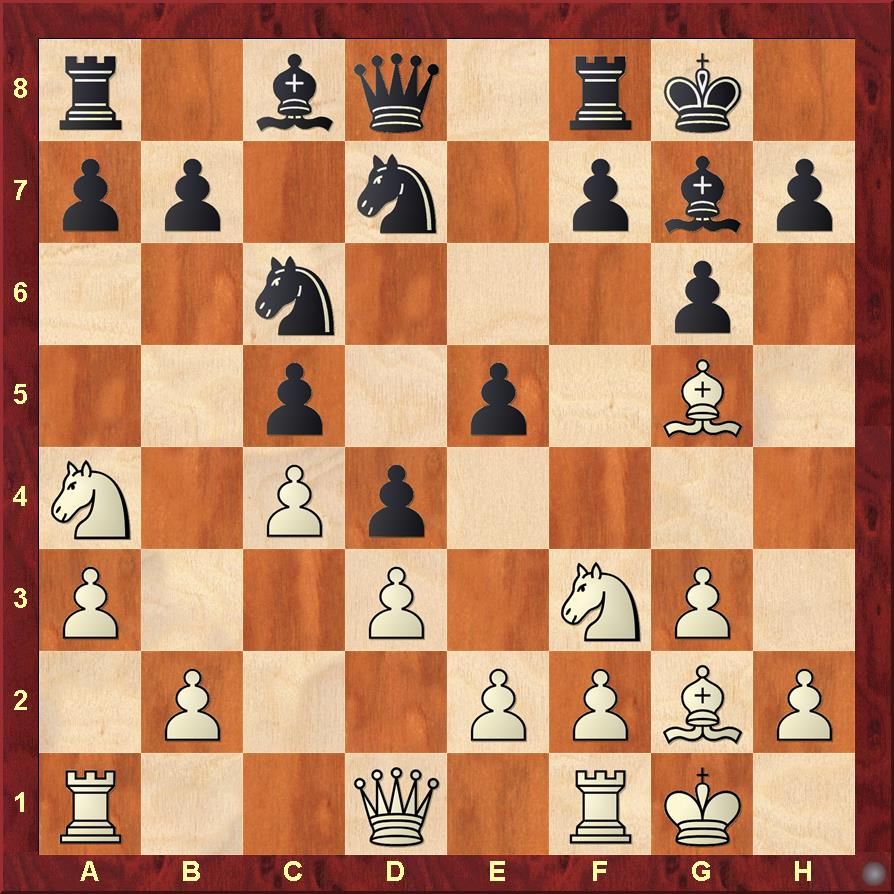 Here Vishy himself has played Qc7 against Grischuk last year, and went on to win the game. Instead, f6?! seemed too weakening, as after Bd2! White got b4 through and Black didn't have a comfortable way of dealing with the pressure on the queenside.

Kramnik converted this game without much fuss, and in the 3rd game he found a cute maneuver to end the match: 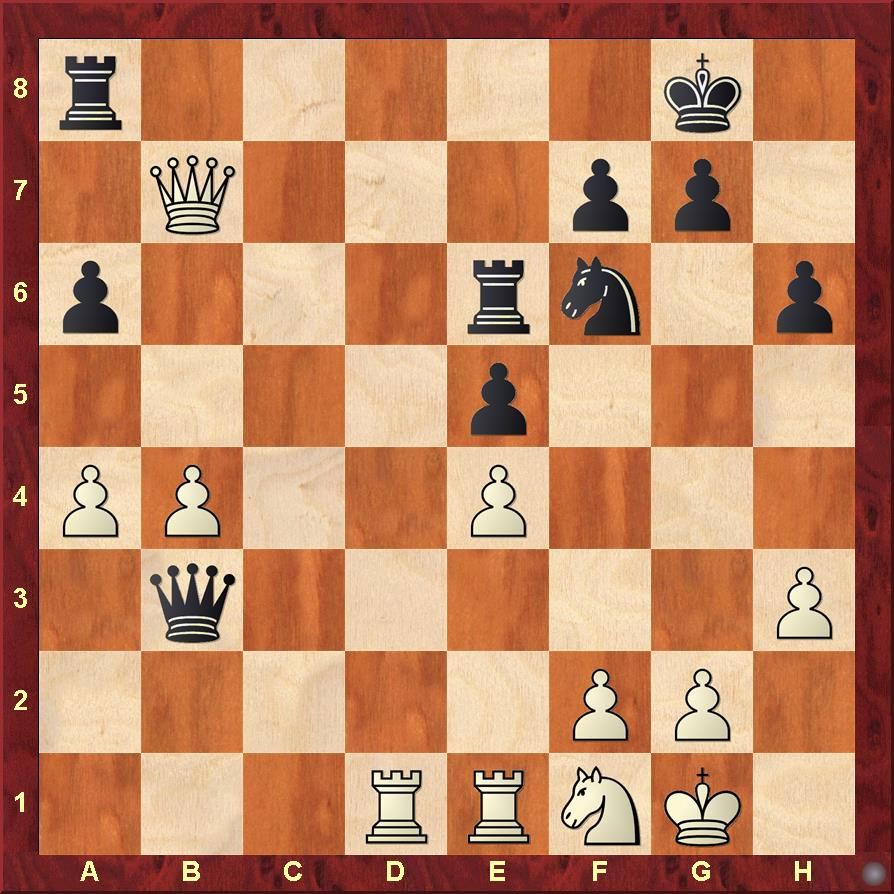 Here Vladimir played the only good move in the position - Ree8!, rerouting the rook to b8. White can't hold his extra pawn and the game was soon agreed drawn, giving Kramnik match victory. 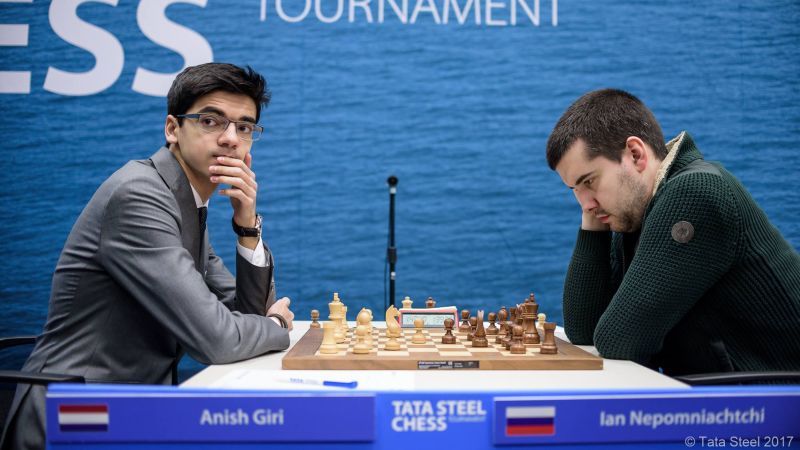 Giri will be kicking himself for not converting 3 winning positions. | Photo: Tata Steel 2017

One should sometimes leave it to the player himself to describe what happened!

One should always try and take the lighter note in any bad situation, and that is what Nepo did today. He was dead lost in 3 straight games, but scored 2.5 in them. It shows a lot of character that he continued to fight in losing positions and make Giri work for the point. Sometimes even the best of the best have a bad day: 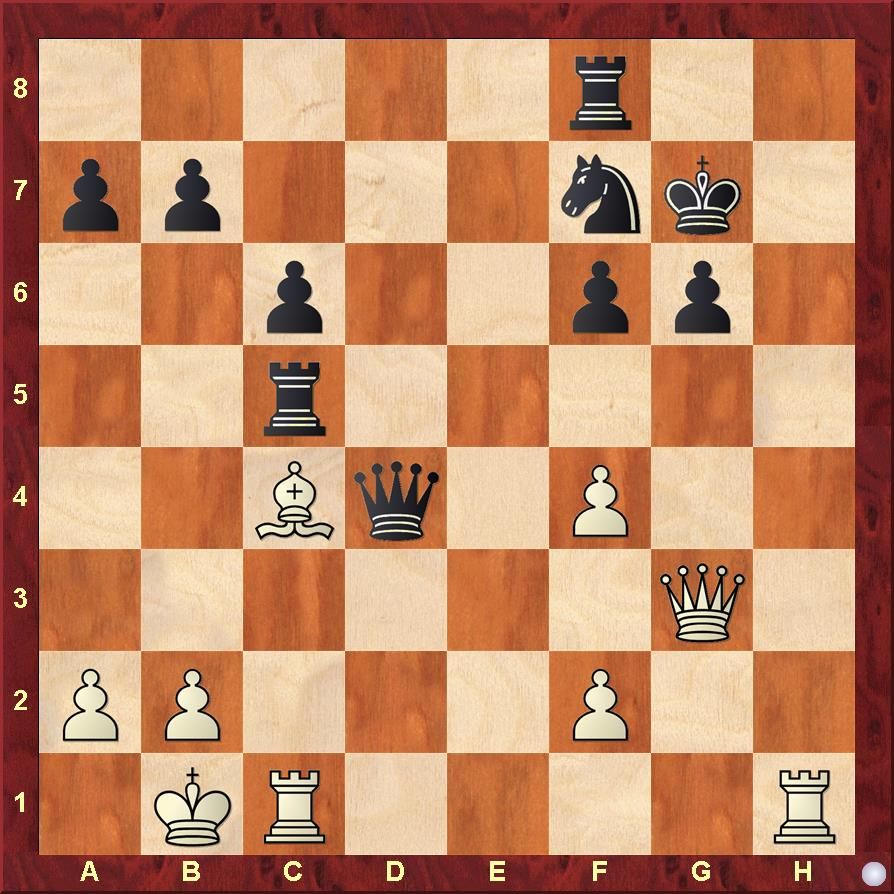 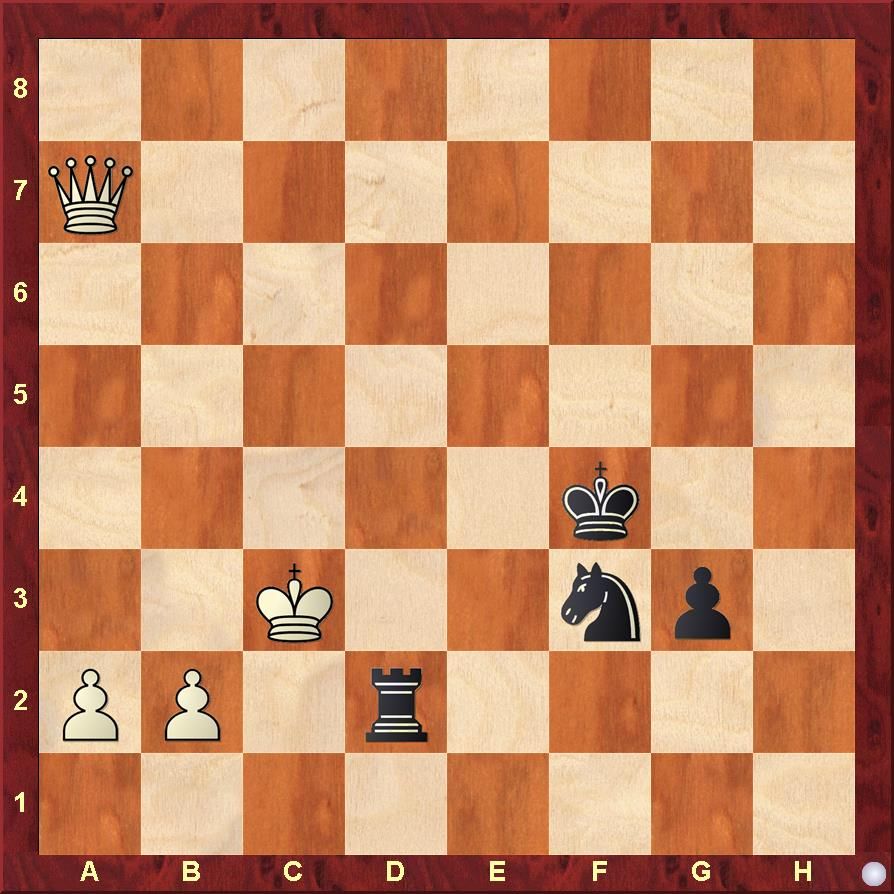 The cost of missing the chance in the previous diagram is reflected here. Nepo has managed to severely complicate the game, to the point that White no longer has a win, and has to force a draw with Qb8+. Instead, Giri chose the faulty perpetual try Qf7+?, after which Black hides his king on f2 and queens quite comfortably.

Game 2 was another miss for Anish: 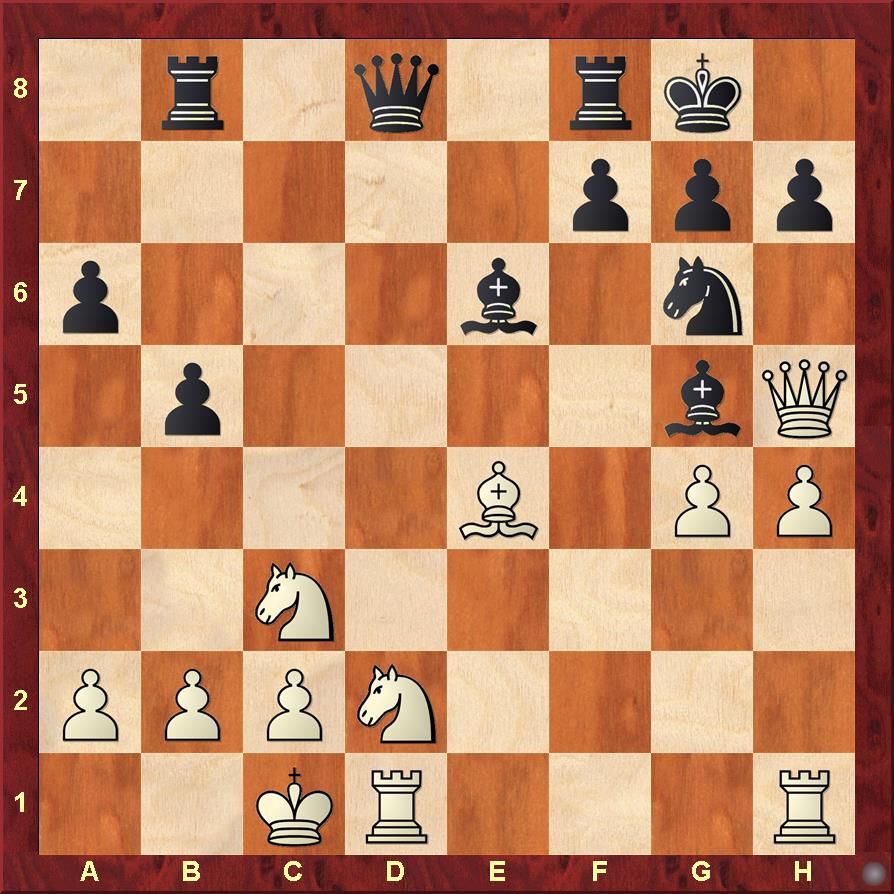 Staying on the h6-c1 diagonal was essential with Bf4 or Be3. Instead, Bf6? was a step in the wrong direction, and soon Anish went really astray in a position that still held some advantage for him: 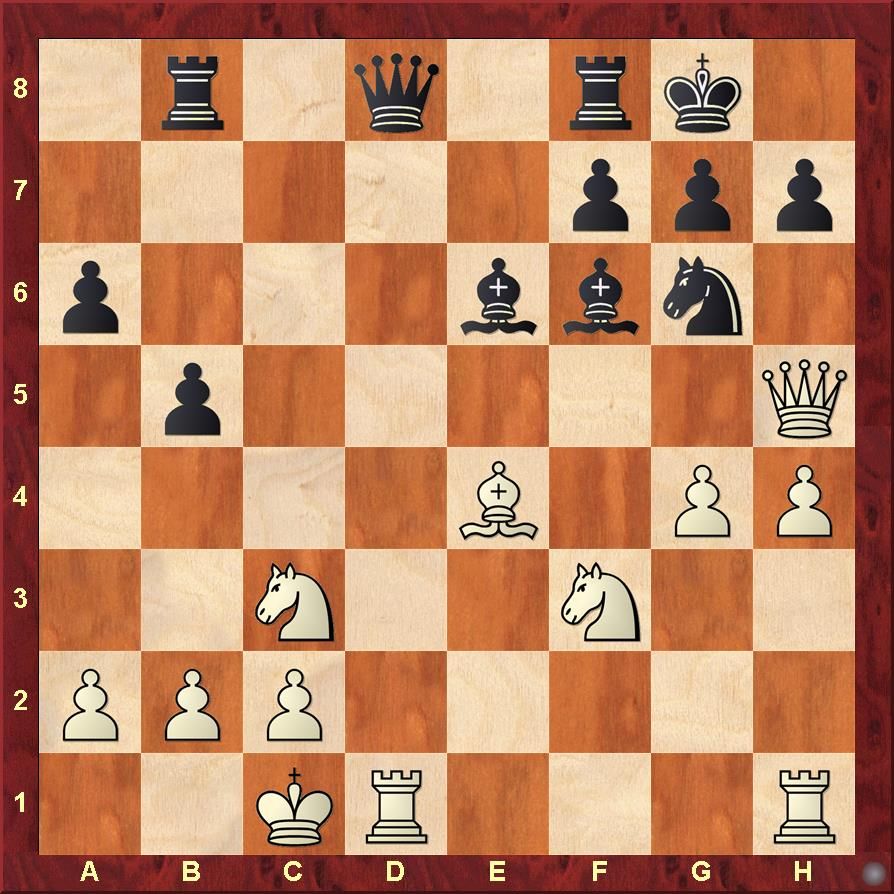 Qa5?? lost the game on the spot after Ng5!. Instead, Qe7 leaves the situation murky, with a slight objective advantage to Black.

Nepo could not hide his delight at the sudden chance:

Game 3 was a repeat of the Grunfeld seen in game 1, and as usual Nepo found himself lost soon after the opening. But Giri sadly missed another win again: 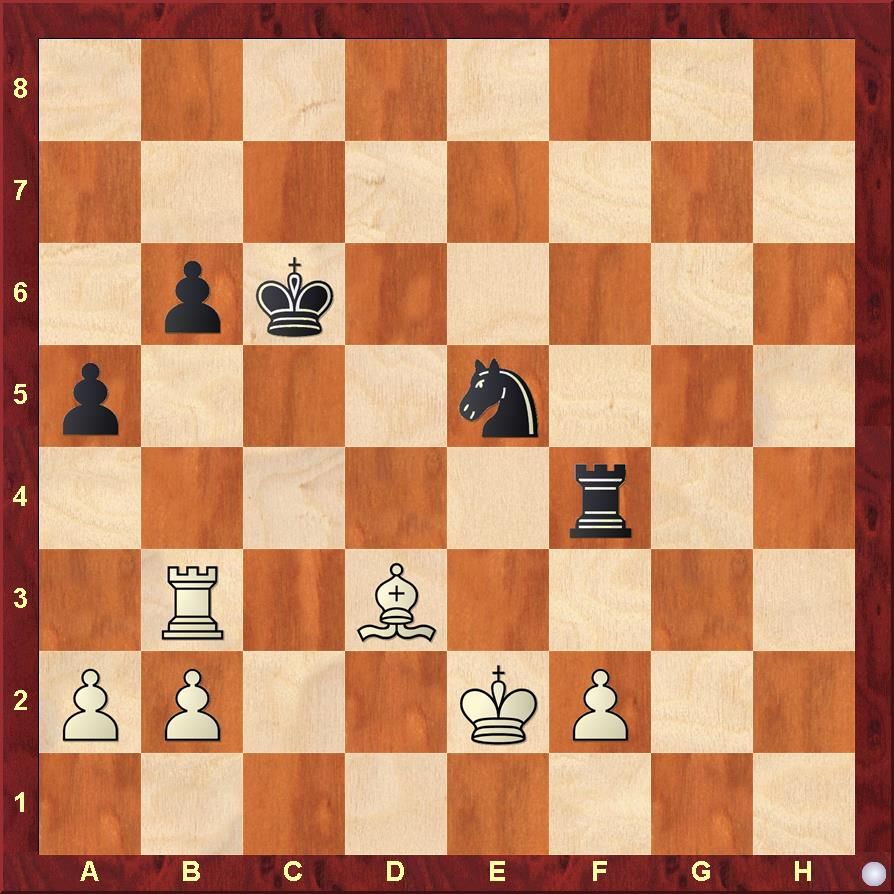 Giri is a master of endgame play, definitely one of the best technicians in the world of chess. Here time trouble and the stress of the scoreline maybe messed with his judgement, as Ke3! begins a straight forward conversion process. Instead, Ba6?! doesn't seem to indicate what it wants to accomplish, and Nepo managed to hold a draw to win the tie.

Back in 2007 when Magnus was on his way to the top, facing Leko, then still one of the best players in the world. | Photo: Wikimedia Commons

This is one match where the scoreline doesn't do justice to the games, as Peter played extremely well in the match:

But like former FIDE World Champion Kasimdzhanov put it:

Leko showed us that he is still extremely strong as a chess player, but the lack of quality chess he has played in the last 5 years is showing in his games - his once fabled chess technique has gotten really rusty. To give a few examples: 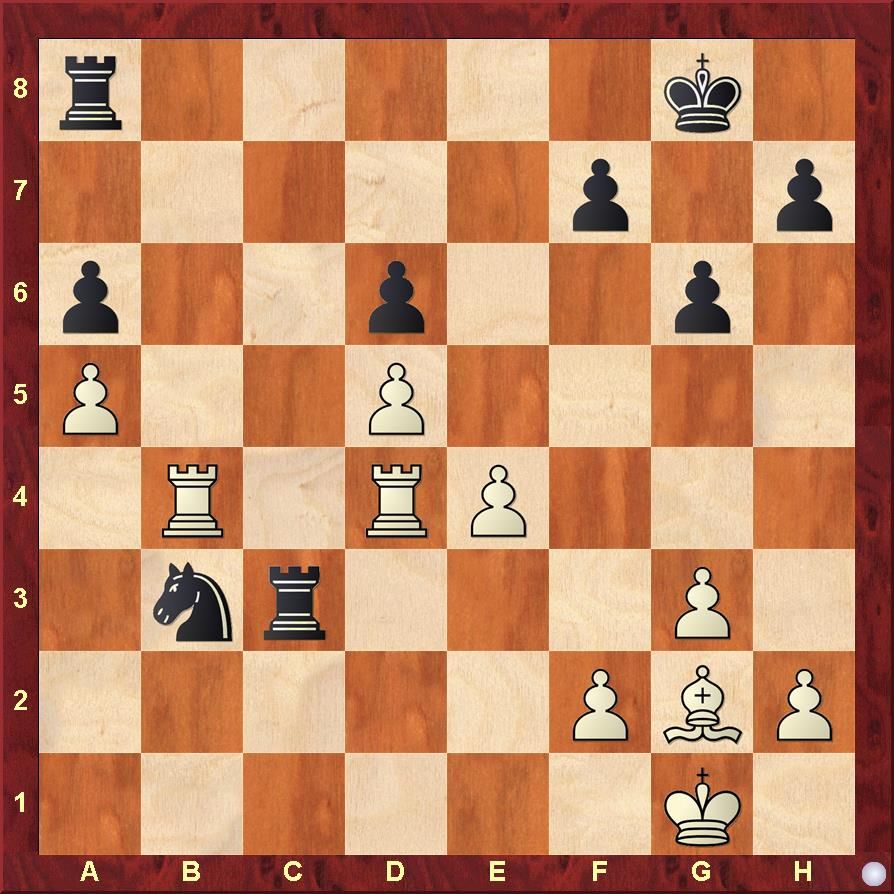 Rdc4?! is too cautious from Peter. Instead Rd1! ensures White is one step close to converting this position.

Game 2 followed a similar trend - Peter outplayed Magnus for the majority of the game, but missed a neat chance: 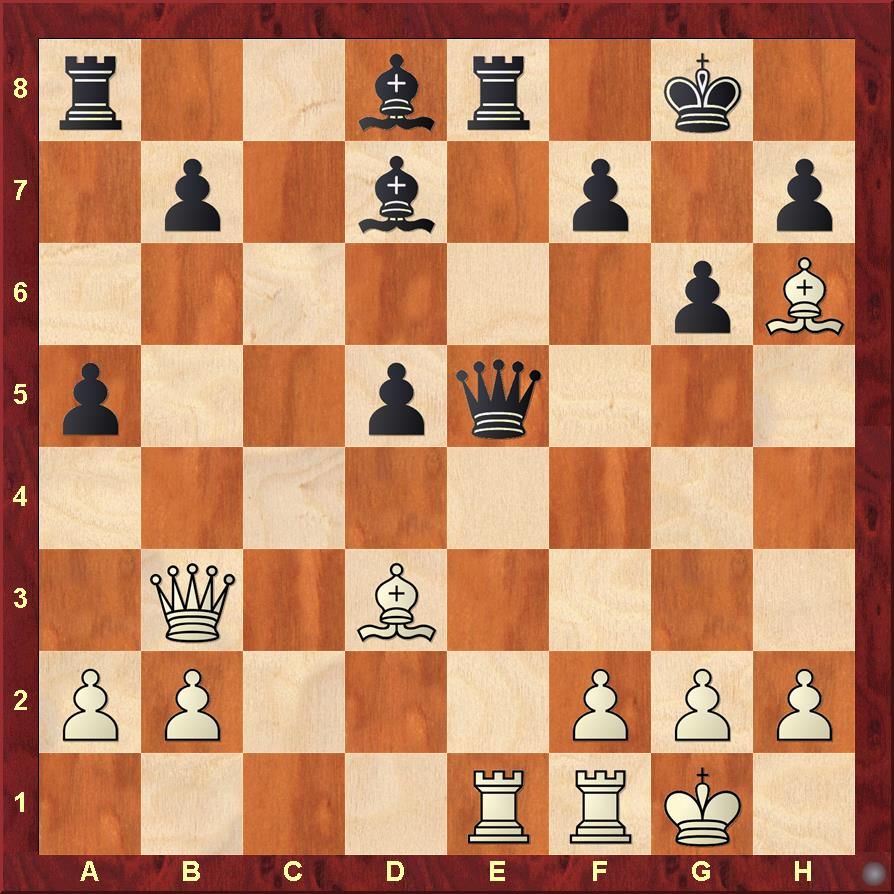 Here Leko took twice on e1, which is a perfectly good way to play, but the anti-intuitive Qd6! was far stronger - Black keeps the extra pawn and this guarantees him the better chances. Instead in the game the disrupted material balanced allowed Carlsen to stir up enough counterplay to draw the game.

Game 3 was a case of extreme alertness from the World Champion in a dead lost position: 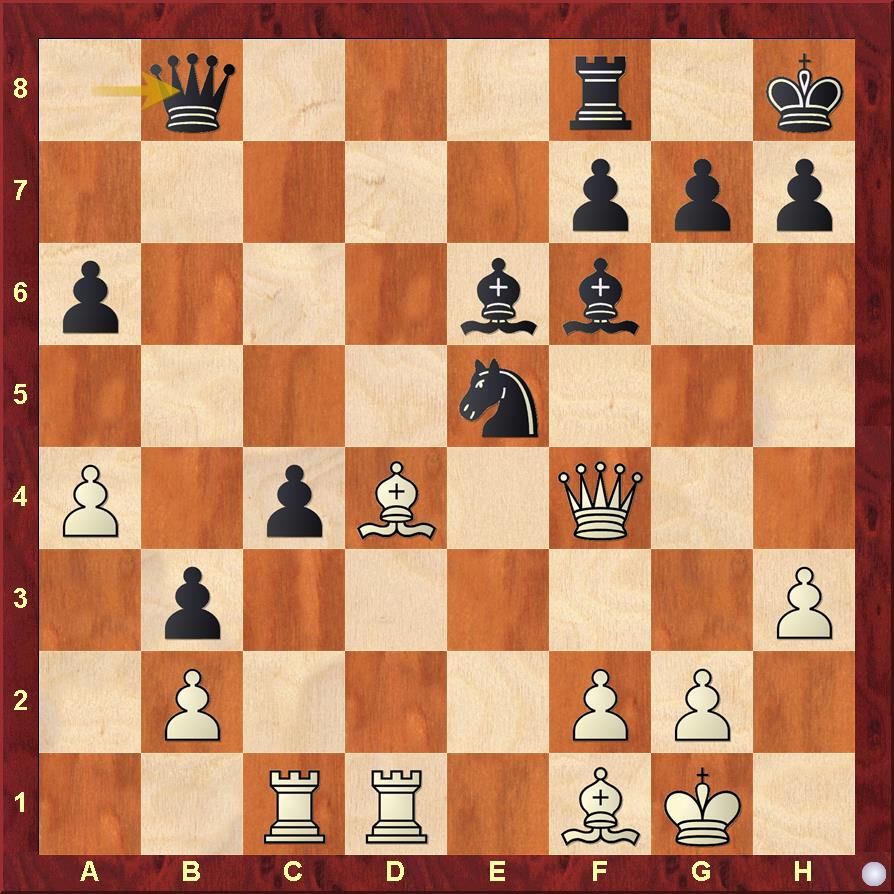 The simple Qe4 kills the game off. Instead Peter played the surprising Re1?, which allowed Magnus to escape with Nf3+!.

It was in game 4 when luck decisively deserted Leko: 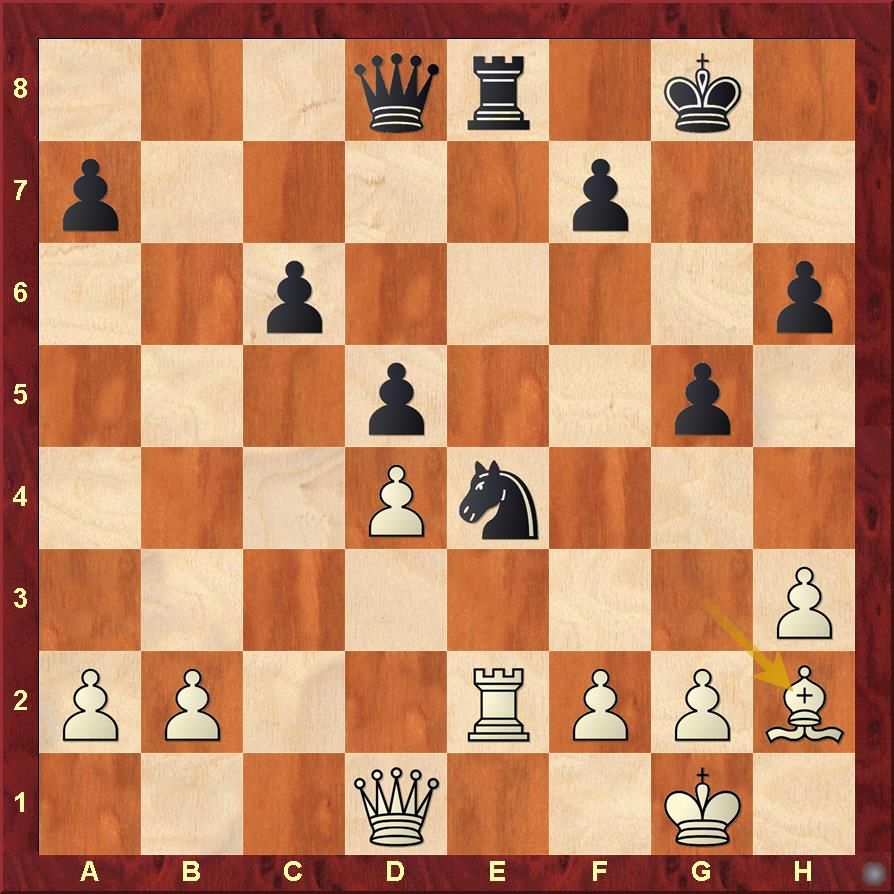 Here Peter suffered an unfortunate mouse slip! Instead of Qd7 he played Re6?!, and after this Magnus was simply ruthless.

But despite this, Leko was infinitely gracious in the post-mortem: 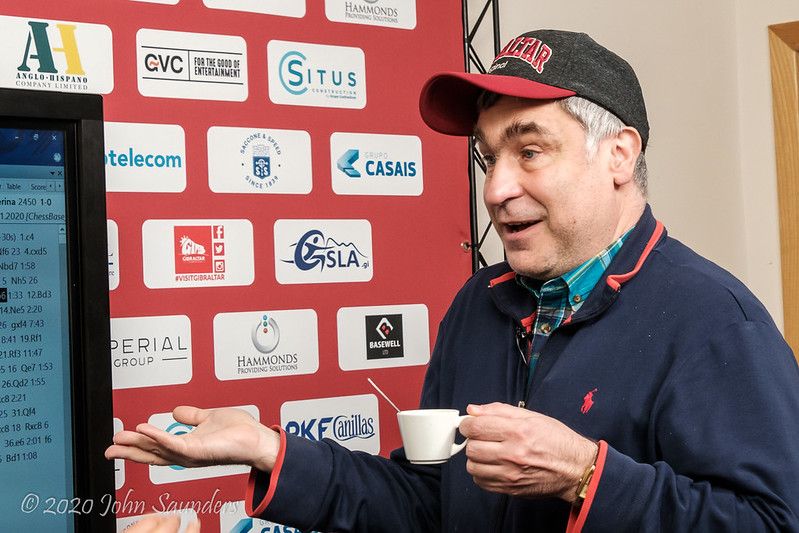 The Sphinx of Lvov took us back to the 90s! | Photo: John Saunders

This is the match that excited and wowed the entire chess audience! This is one such reaction:

Planet Chucky did experience a sudden onset of spring today! Despite Ding's horrible form, he managed to win one game, so hopefully it is a precursor for future success. But first, let's focus on the man of the moment: 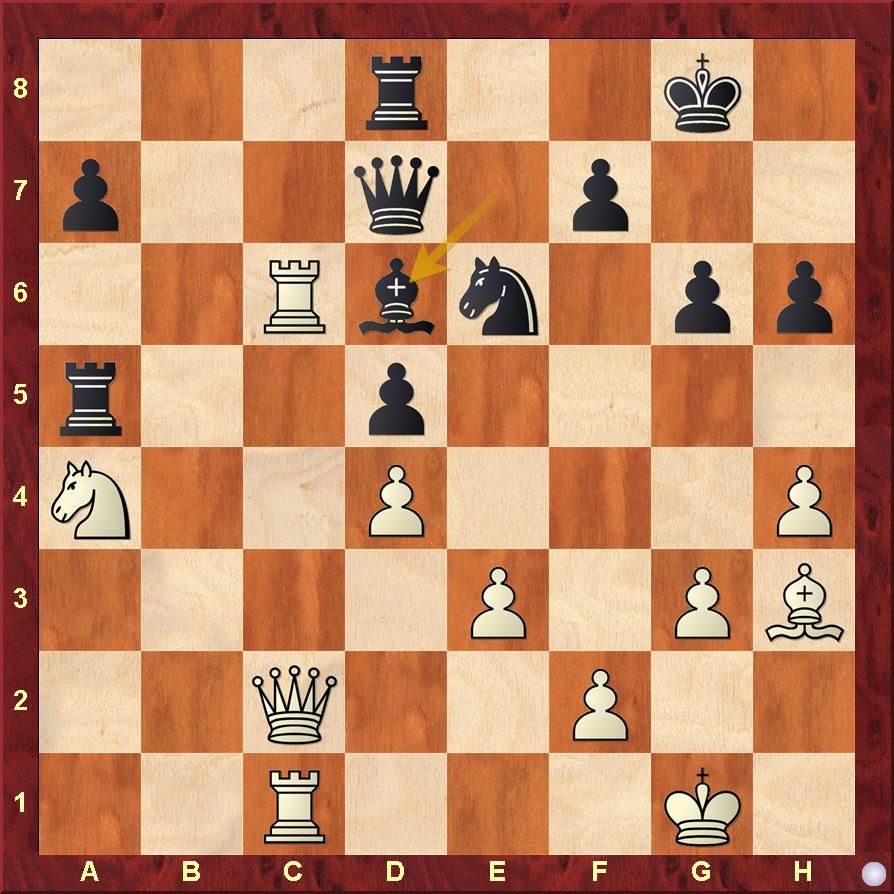 The 1st recipe of success is luck! Here had Ding found Rxd6! Qxd6 Bxe6 Chucky would have had to resign. Instead in the game Kg2? happened and Chucky miraculously escaped. 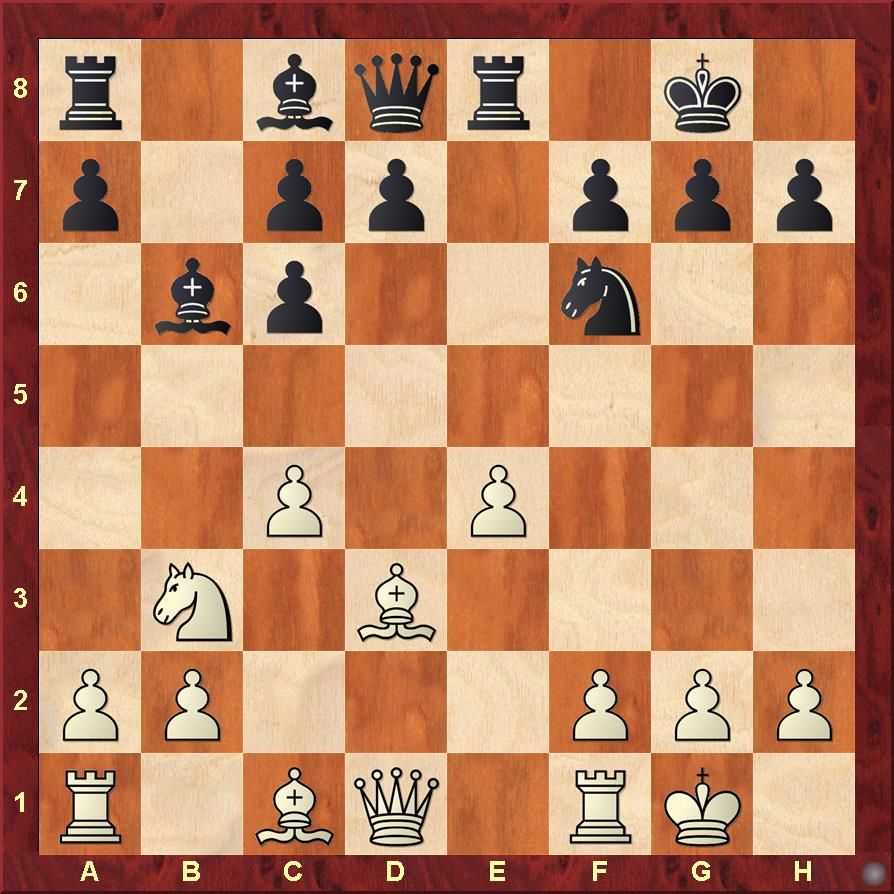 Here it is important to start with 10...d6!, preventing the pincer hold with c5!. Instead, in the game Ding allowed Chucky to establish a bind on the queenside because he started with 10...a5 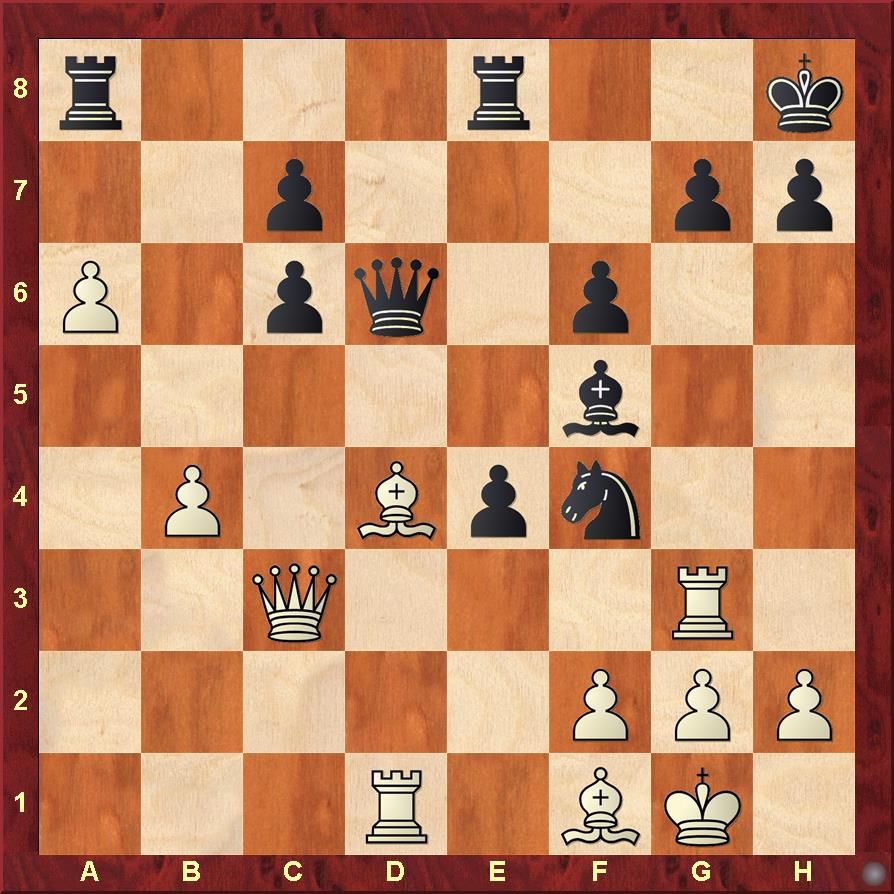 This was Ding's last chance to save the game - 26...Bc8! keeps objective equality, though White is subjectively better in any case. Instead, after 26...Red8? White is better after 27.Rd2!, and Chucky won after further adventures.

Game 3 saw Chucky experimenting with a really bad Benoni (which says a lot!), and he should have been punished sooner: 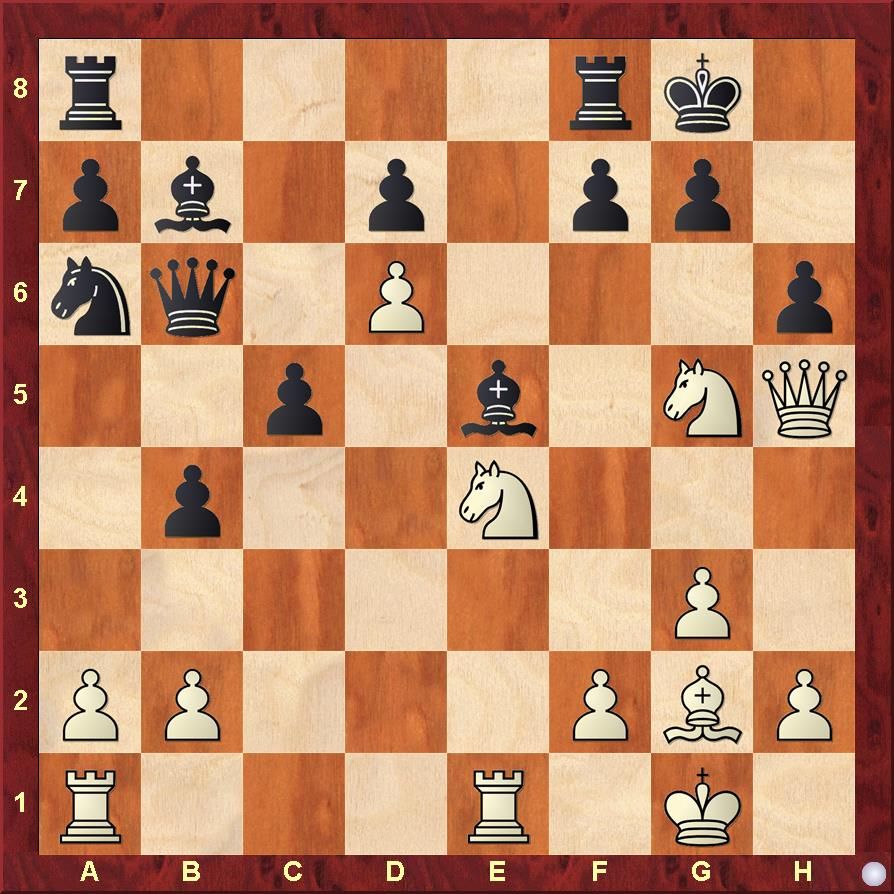 Bf1! is an important resource, preparing Bd3 or Bc4. It took Ding quite a while to finally see the idea, and many more moves to win, but win he did!

However, any thoughts of a comeback were quashed in the 4th game by an inspired Ivanchuk: 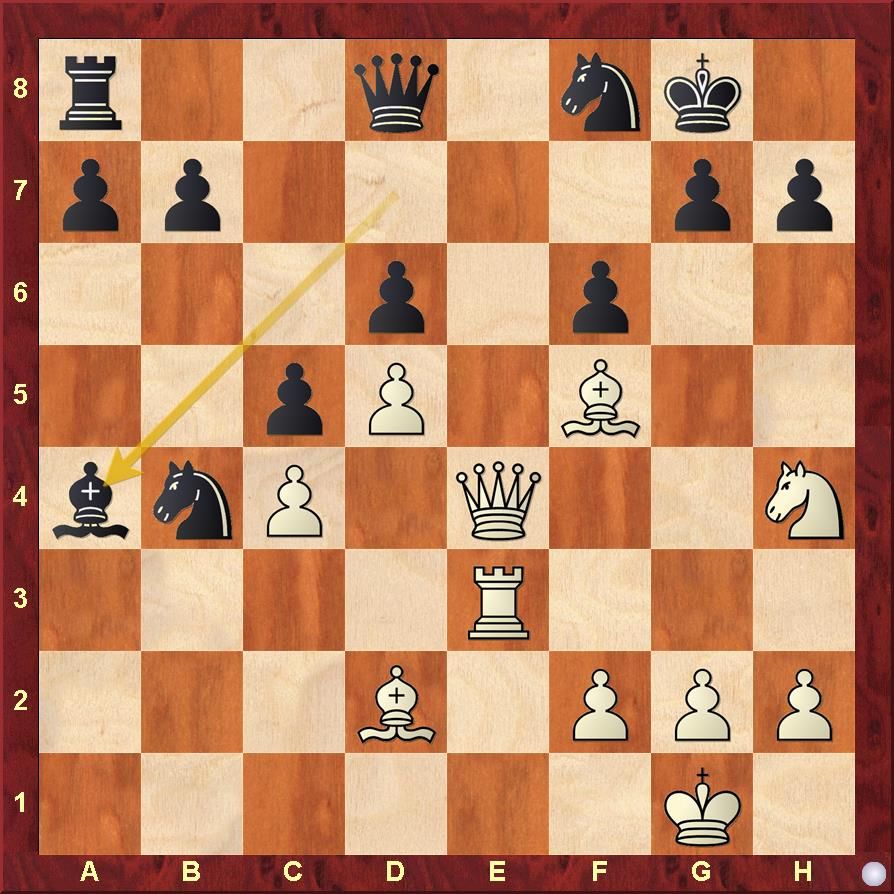 Ding was clearly out of sorts in the final game, and it showed in this position - two extra pawns doesn't protect the Black king after the stunner 23.Bxh7+!!. Ding was forced to throw the towel in a few more moves, handing the match to Chucky.

Alexander Grischuk was his usual self-depreciating self, and gave a fitting answer to a rather common question: 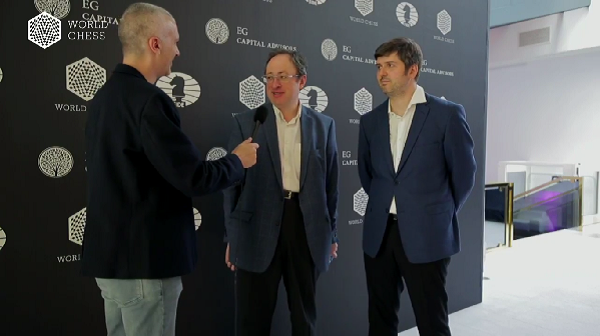 After two brilliant match wins in his first 2 rounds, Boris Gelfand was finally stopped in his tracks by an improving Peter Svidler, who seems to be on the way to hitting his peak just as the tournament approaches the business end. While Svidler is playing inconsistently, he seems to be taking all the tactical chances he is getting, as was evidenced by his match today.

Game 1 saw a rather surprising technical error from Boris: 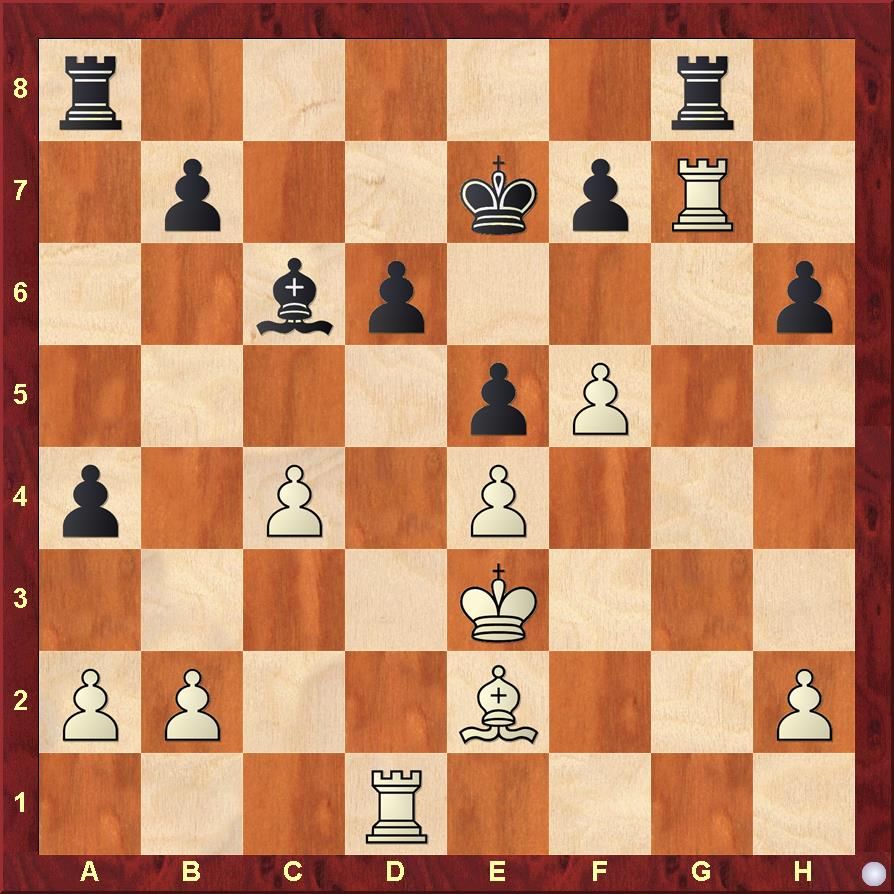 Svidler is seriously worse here, and he would have lost had Boris found the correct 31.Rh7! here, keeping both rooks on the board, with the cute point that the natural 31...Rh8?? is met with the stunning tactical trick 32.f6+! winning instantly, as Ke6 is hit with the astonishing Rf1!!, threatening mate and winning a truckload of material.

Game 2 was another big chance for Boris: 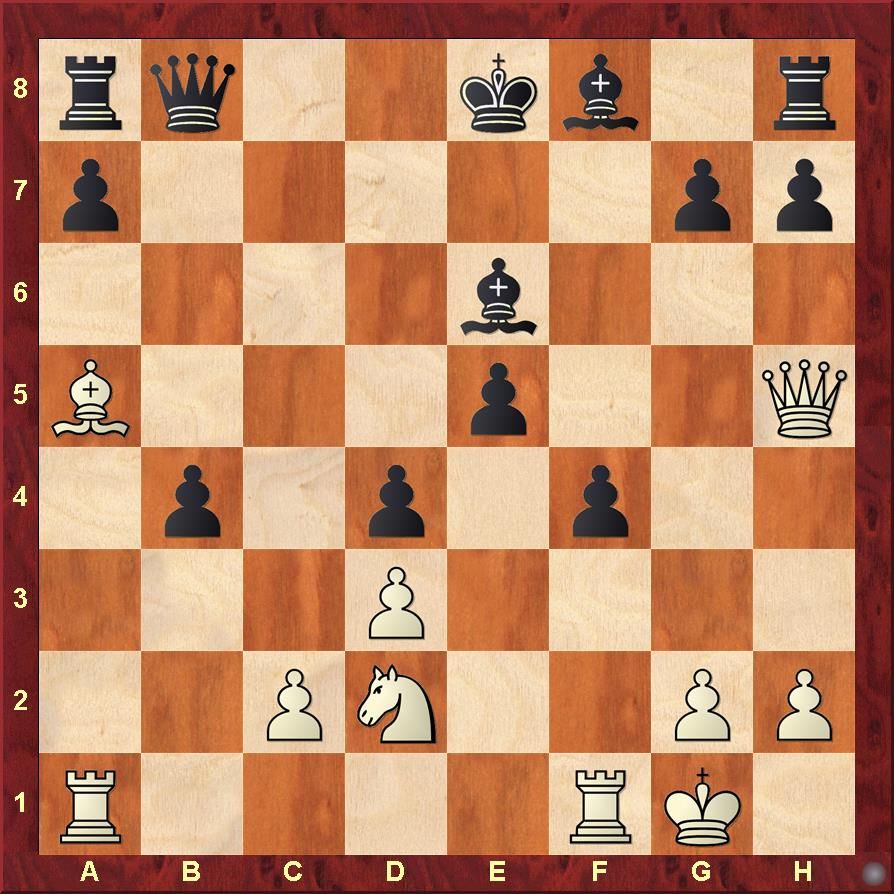 Game 3, the only decisive game of the match, saw another chance fly past Gelfand: 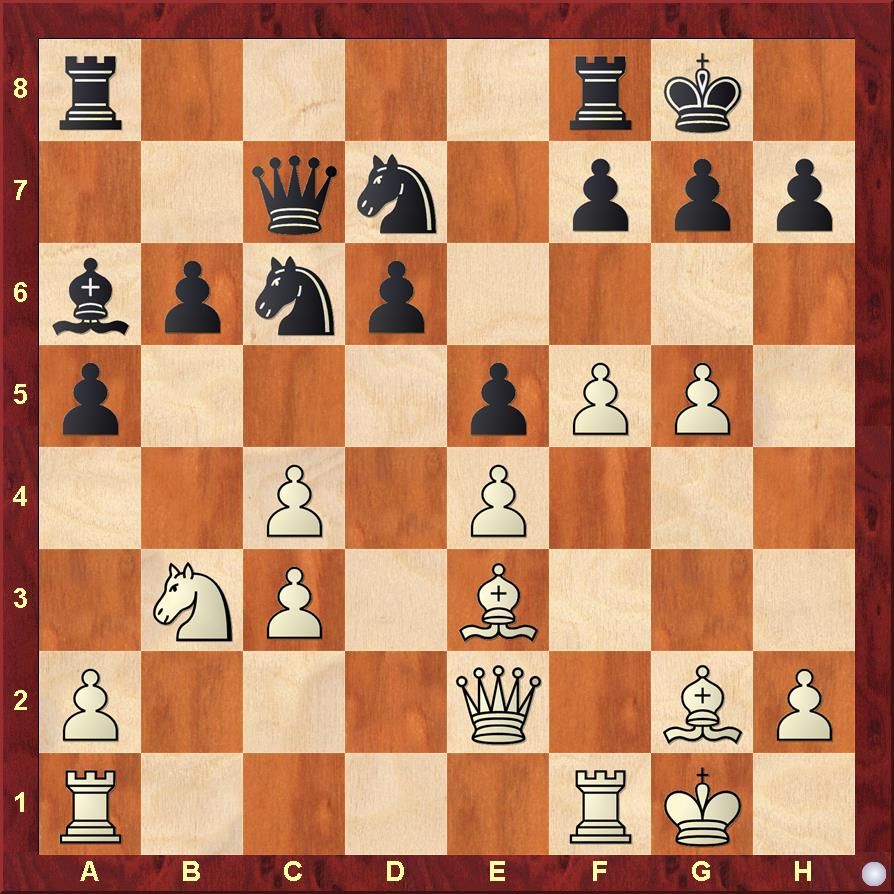 Instead of the rook lift with Rf3 and Rh3, White had a stronger option in Nd2!, with the idea of giving up the c4 pawn, but centralising all the pieces and preparing the decisive f6 break. What Gelfand did in the game is natural, but it lost him a chunk of his advantage. Later on in the game Svidler managed to organise sufficient resources and managed to win the game.

Game 4 was perhaps the best I have seen Peter play in the tournament. He never let go of an advantage, and could have sealed the game off with a nice knight move: 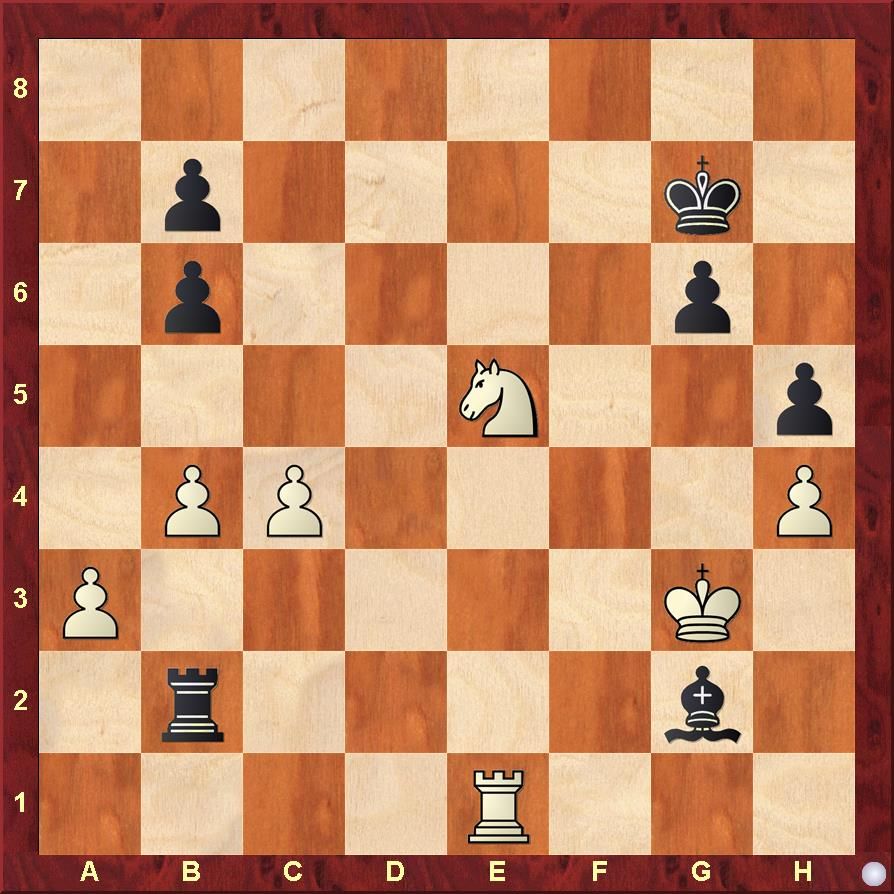 Here Nd7 and Nxb6 leaves White with a nearly winning advantage. Instead Svidler chose to draw the game quickly in order to seal the match, which is a perfectly acceptable strategy.
Standing after Round 3

Replay all the games of round 3: