Magnus Carlsen has truly become the benchmark of consistency! A favourite in all the tournaments he participates, he now advances to the Finals of the Legends of Chess tournament, easily defeating the Russian Legend Peter Svidler 2.5-0.5 in both the matches! Svidler needed a win in the 2nd round to force a decider, but his inconsistency worked against him, as Carlsen won the first two games and easily drew the last one with White to win the round and the match. In the other semifinal, Anish Giri was a point down twice, but fought back like a lion to win the decisive Armageddon, keeping his chances of meeting Magnus in the final alive. While Magnus awaits both Giri and Nepo have everything to win and lose as the 2nd semi final will be decided on the final day! A comprehensive report by Tanmay Srinath.

It has become a one man show! Magnus Carlsen was the first one to suggest a series of rapid events online to keep the chess elite busy during the COViD pandemic. He then announced the Magnus Carlsen Tour, comprising of 4 tournaments and a Grand Final. He then proceeds to win two of the previous 3 events, and in this one he reaches the finals without breaking a sweat! Truly a Chess Legend! 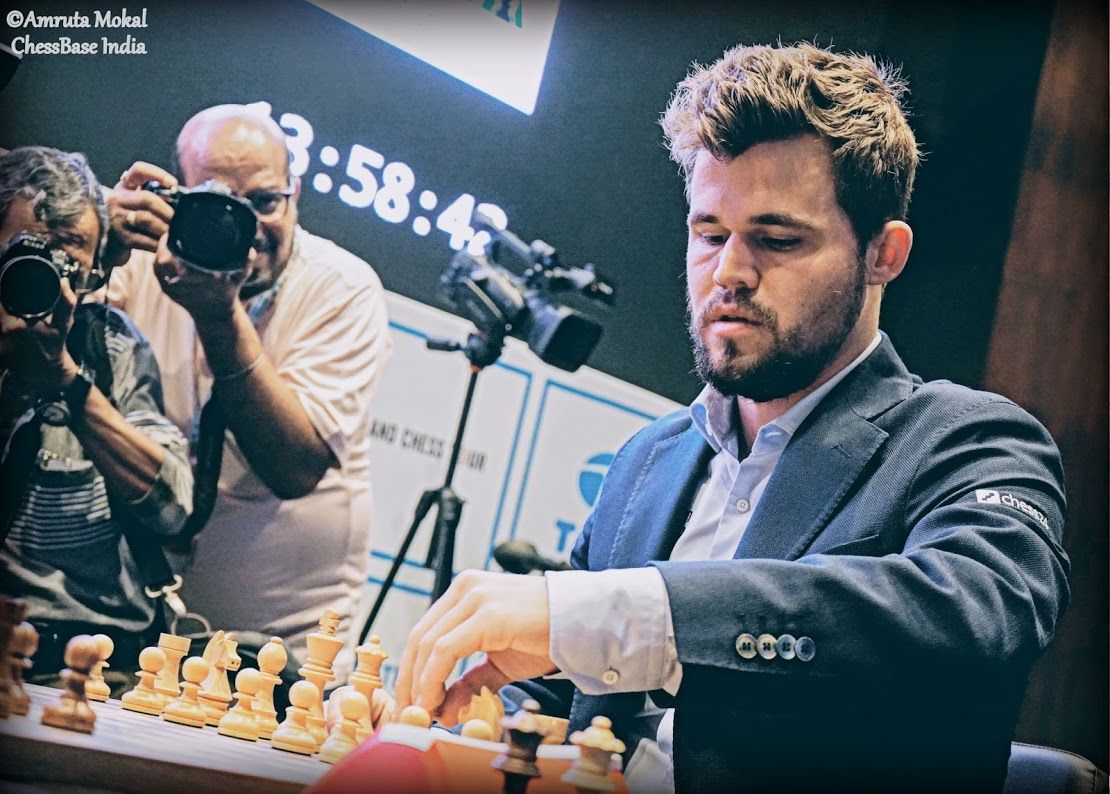 Is there anything in chess that this man can't do? | Photo: Amruta Mokal 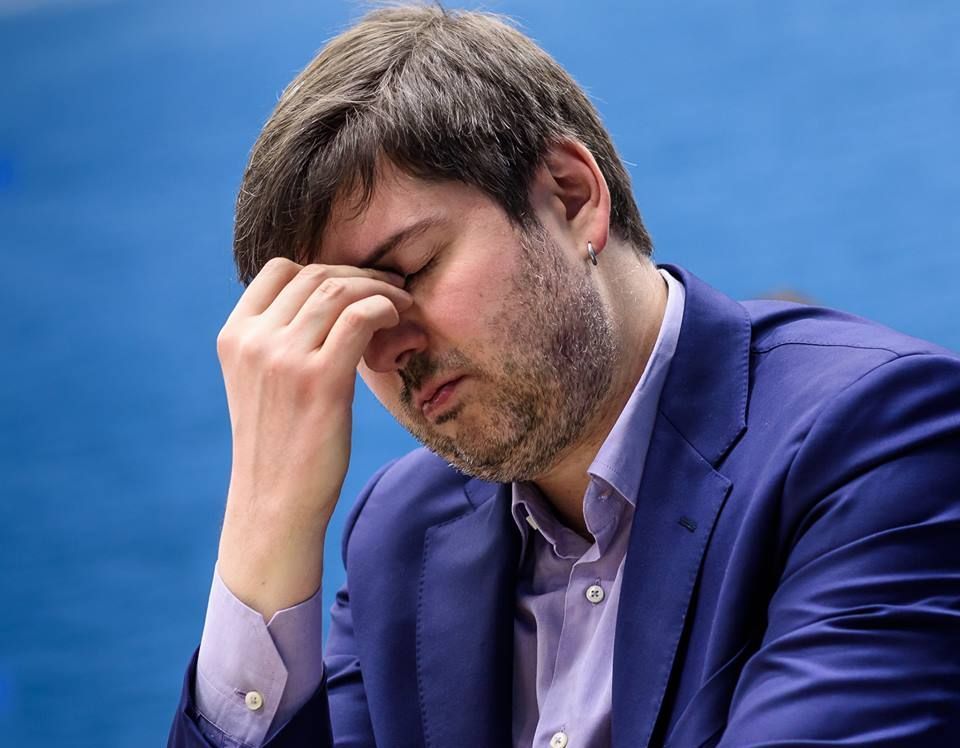 It was a semifinal to forget for the 8 time Russian Champion. | Photo: Tata Steel Chess

Round 2 of the 3 match semifinal had the same trend as the 1st - Magnus Carlsen showed complete superiority in all three phases of the game, and deserved to go through to the final. Peter Svidler got good positions out of the openings, but his troubles began soon after that, as the consistency of his good moves dropped sharply at critical junctures, his famed calculation deserting him in the match.

In game 1 soon after the opening Svidler should have considered an alternate recapture quite seriously: 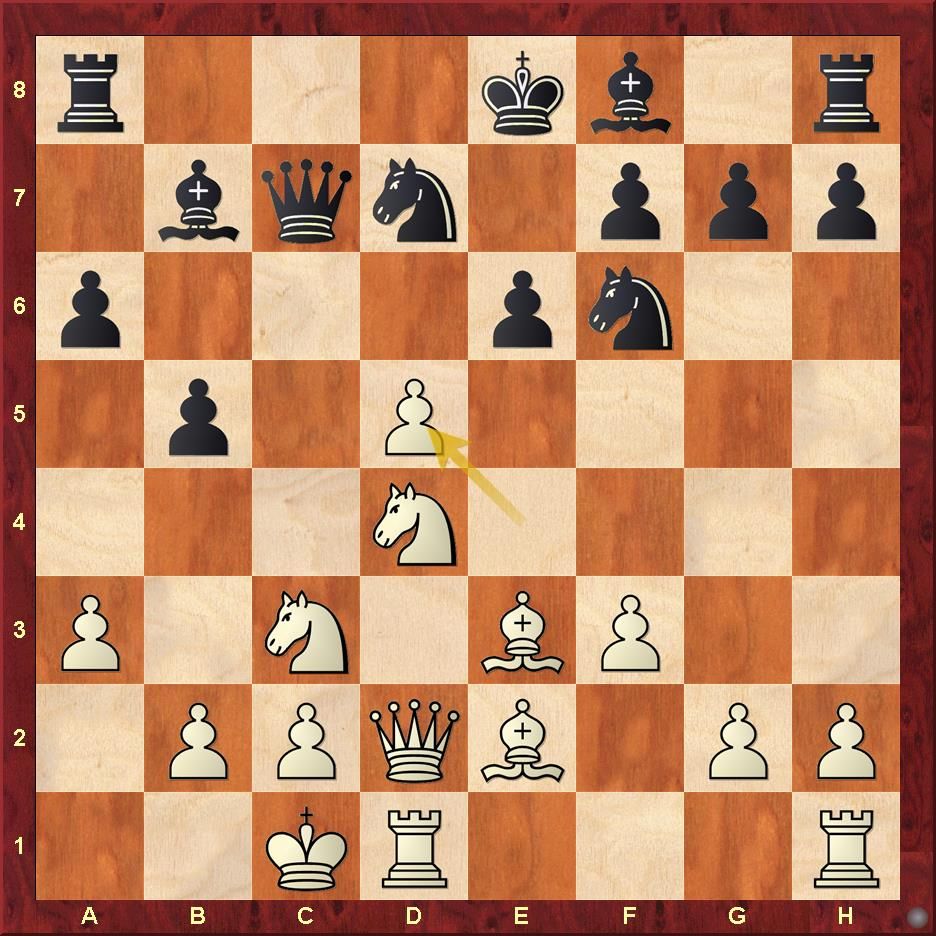 In an Open Sicilian one mistake and Black is busted. Here is an example - Svidler had to recapture 12...Nxd5! and after for example 13.Nxd5 Bxd5 14.Bf4 Qb7 his position remains tenable. Instead, after the immediate 12...Bxd5? 13.Bf4! White is already much better.

Carlsen played a nearly flawless game to win, but his win was not without misses: 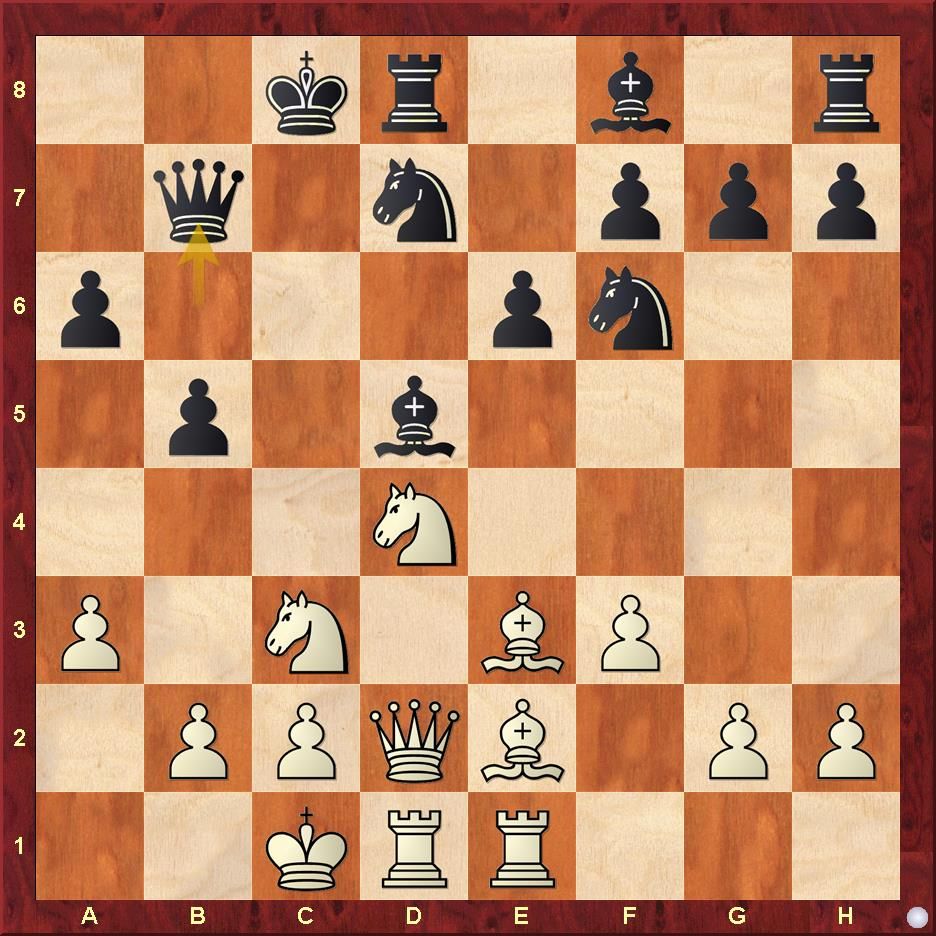 16.Nc/dxb5! would have been immediately decisive as the Black king is perilously short of defenders. Instead, 16.a4?! prolongs the struggle, even if Carlsen never let go from here on.

Game 2 is perhaps the best example of what happened in the match - Svidler got a fantastic position out of the opening, played the early middlegame well, but when it came to consolidating his advantage he was found wanting. Two such examples: 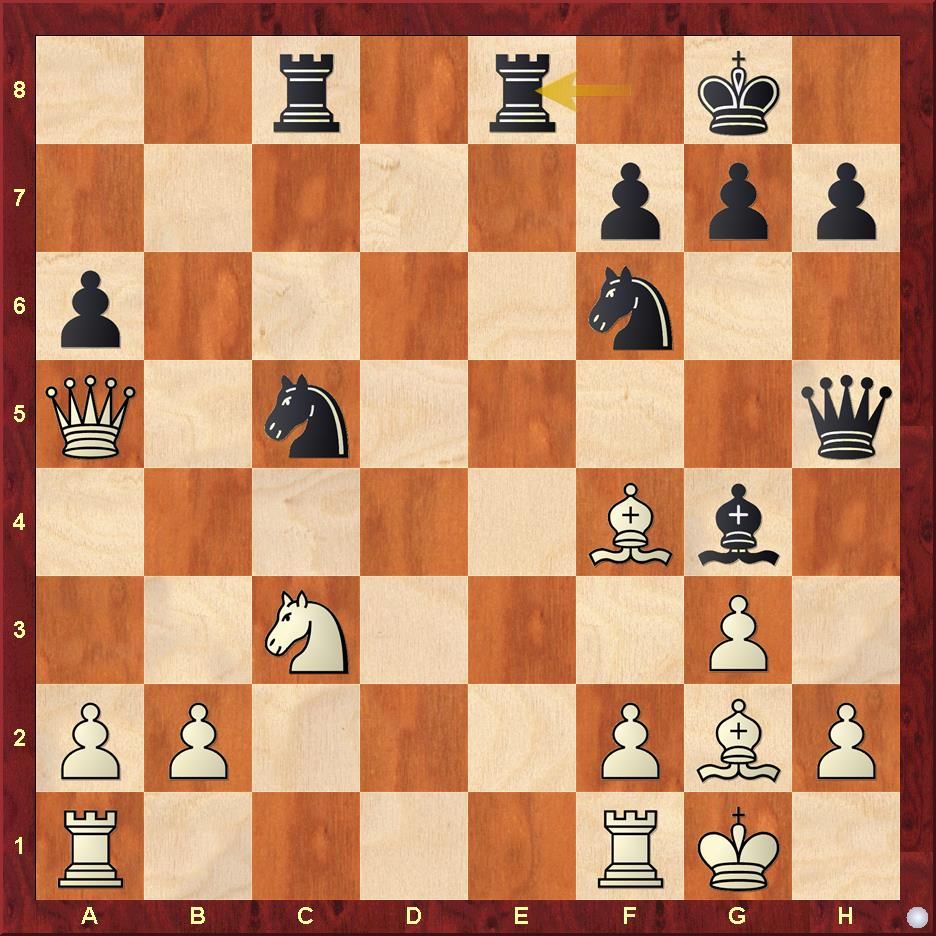 19.Be3! is a simple move to make, closing the e-file and leaving Black with literally zero compensation for the missing pawn. Instead 19.f3?! was played, and after Nd3! Black was almost completely back in the game. 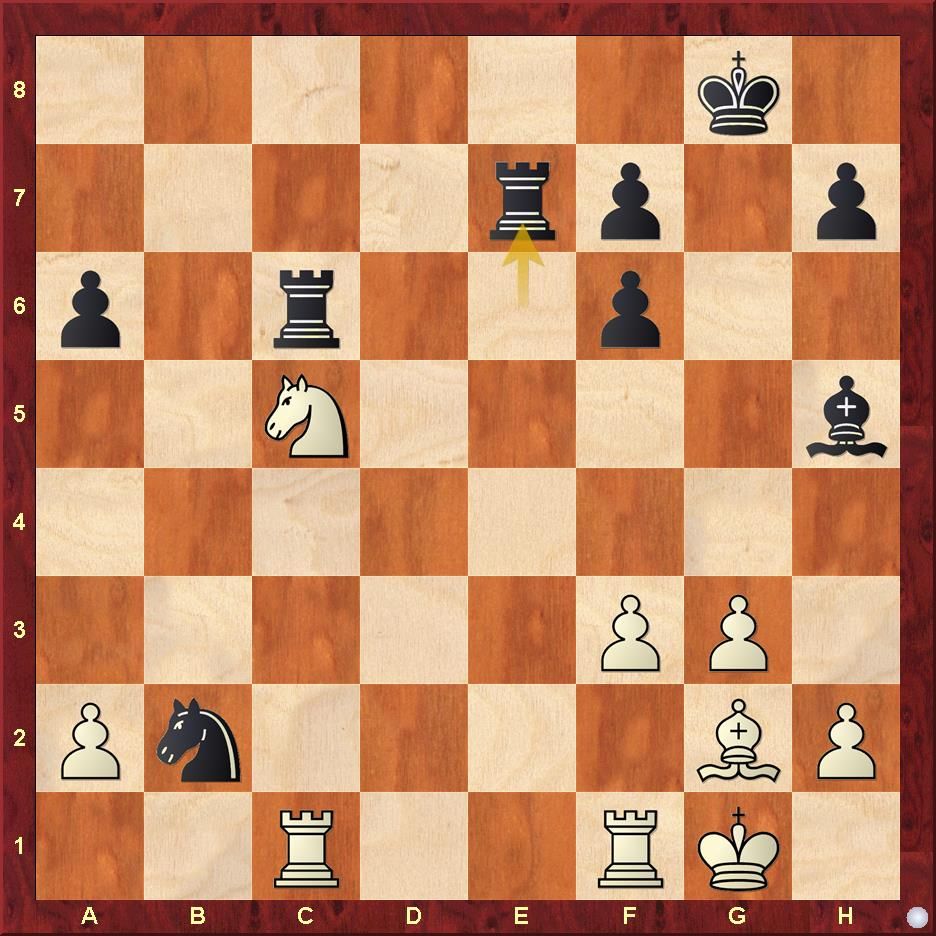 White still has some chances of an advantage thanks to his better pawn structure, and here it was important to get the kingside rolling - g4! followed by f4 would give White a nagging edge. Instead after 26.f4 Black fully equalised. 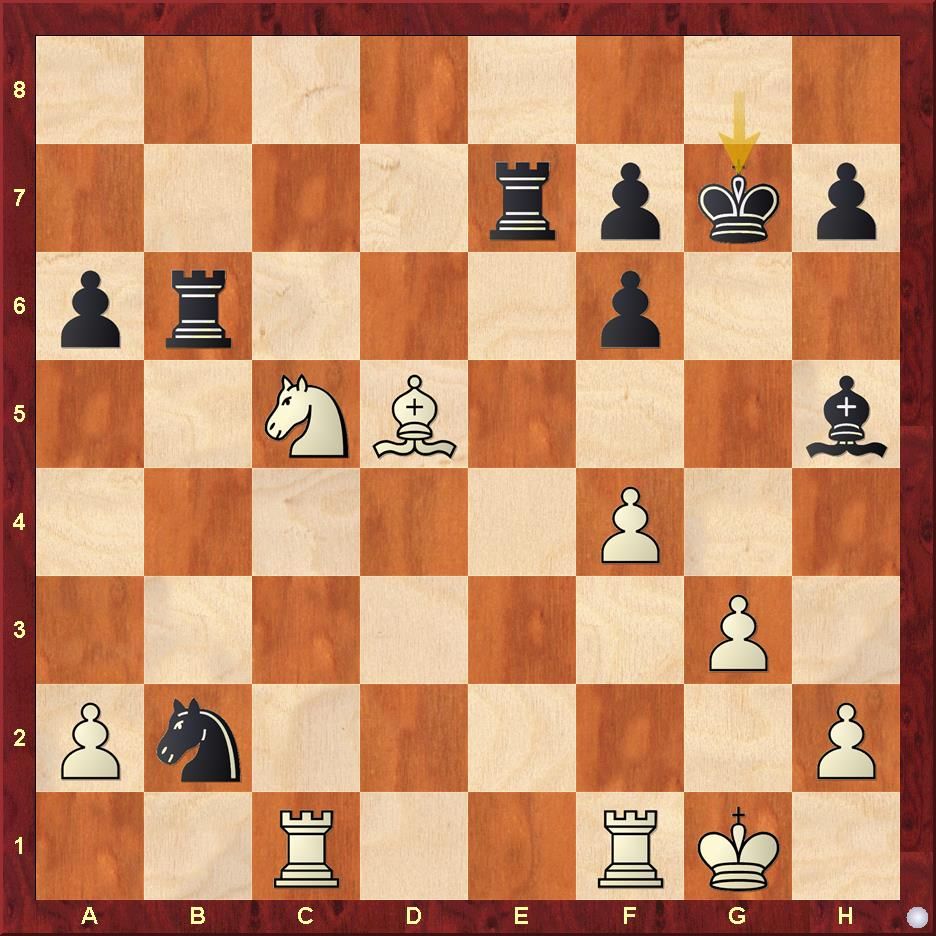 28.h3! keeps the balance here, though Black's activity is still dangerous. Instead White lost on the spot after 28.Rf2?? Nd1!, which wins an exchange by force thanks to the poor coordination in the White camp.

Game 3 was a rather dull affair - Svidler played the Sicilian needing to win to stay in the match, but Carlsen thwarted all attempts to sharpen the play by employing the Moscow Variation, and the game petered out to a draw after White missed some chances for an advantage:

In a match that saw wild swings of fortune for both colours, Anish Giri had to win on demand twice, once with Black, to force a deciding Armageddon, where he profited from some hasty play by Nepo in a winning position to take the semi final to a decider.

It did not start well for the Dutch No.1, as in Game 2 he first missed a chance for a large advantage and then failed to spot the draw: 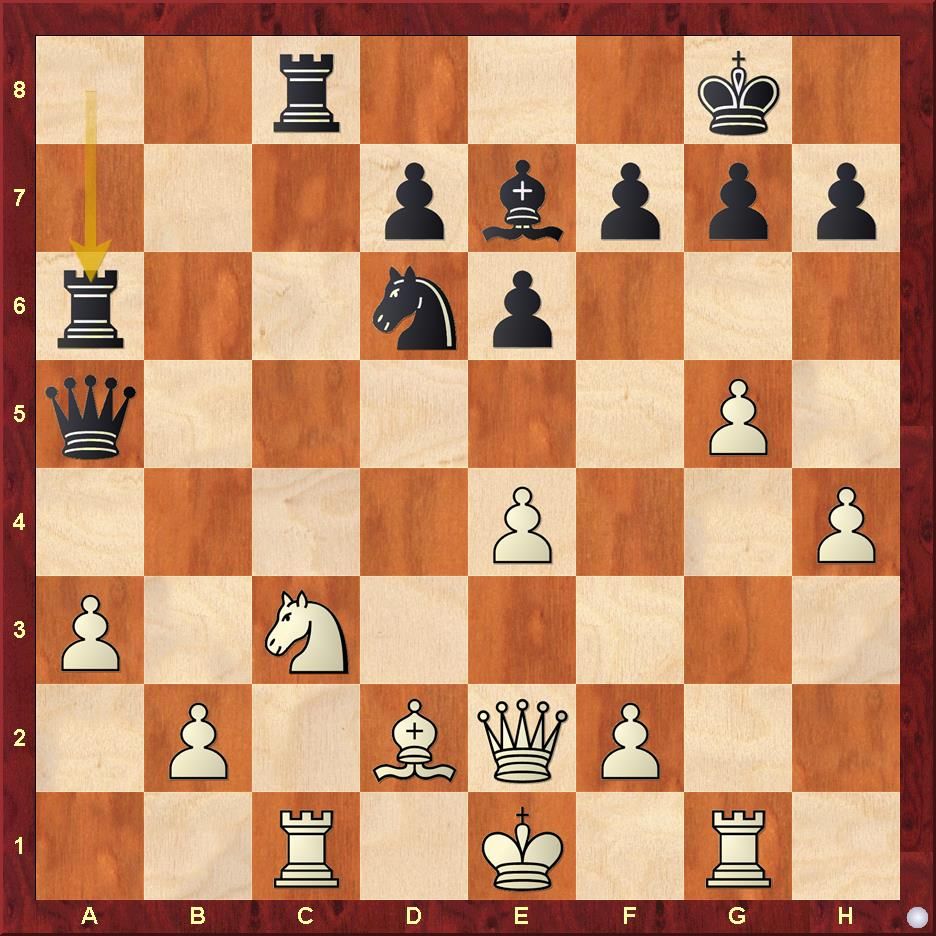 26.Nd1! forces a pair of rooks off the board and consolidates White's material advantage. Instead, after 26.Kf1?! Rac6 Black got enough counterplay.

In time trouble Giri made the wrong binary choice: 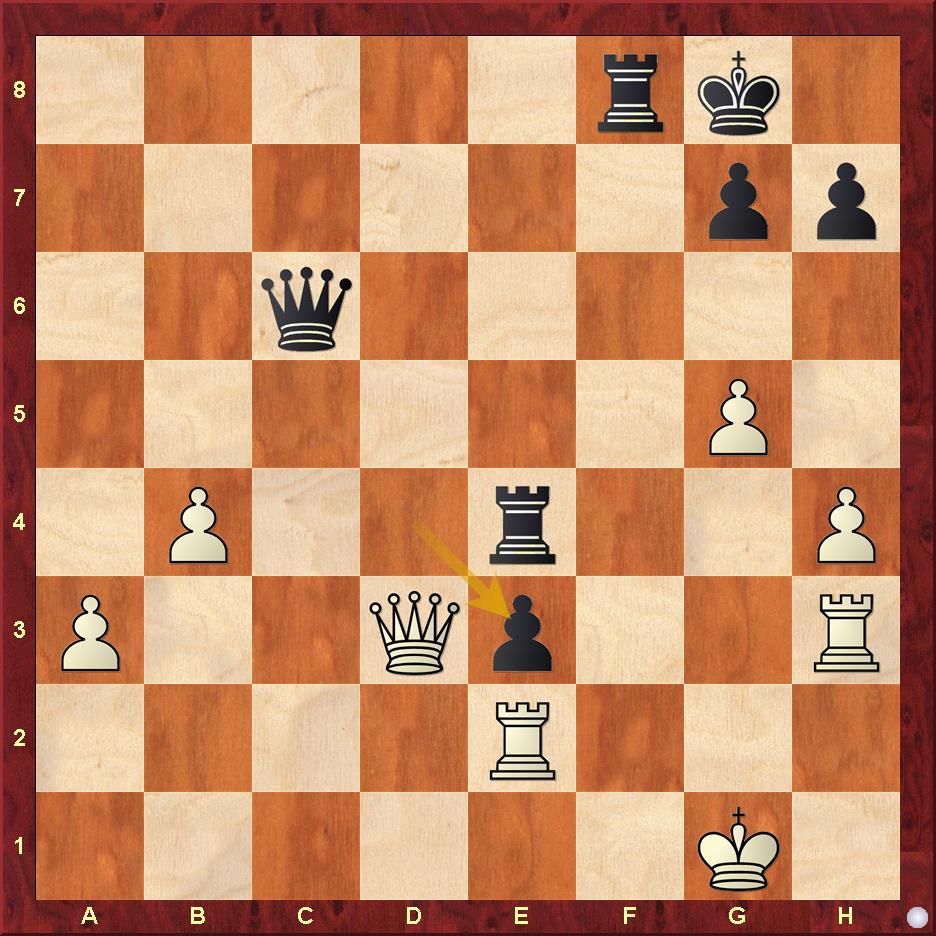 It was imperative to take with the h-rook, as White's defenders will retain their coordination and the game remains balanced. Instead, the far more natural 46.Rexe3?? loses on the spot after Qc1+! 47.Kg2 Rd4! (which Giri must have missed). Nepo made no mistakes in bringing the point home from here on.

Needing a win with Black Giri played the Sicilian, and profited from a surprising error to take control of the game: 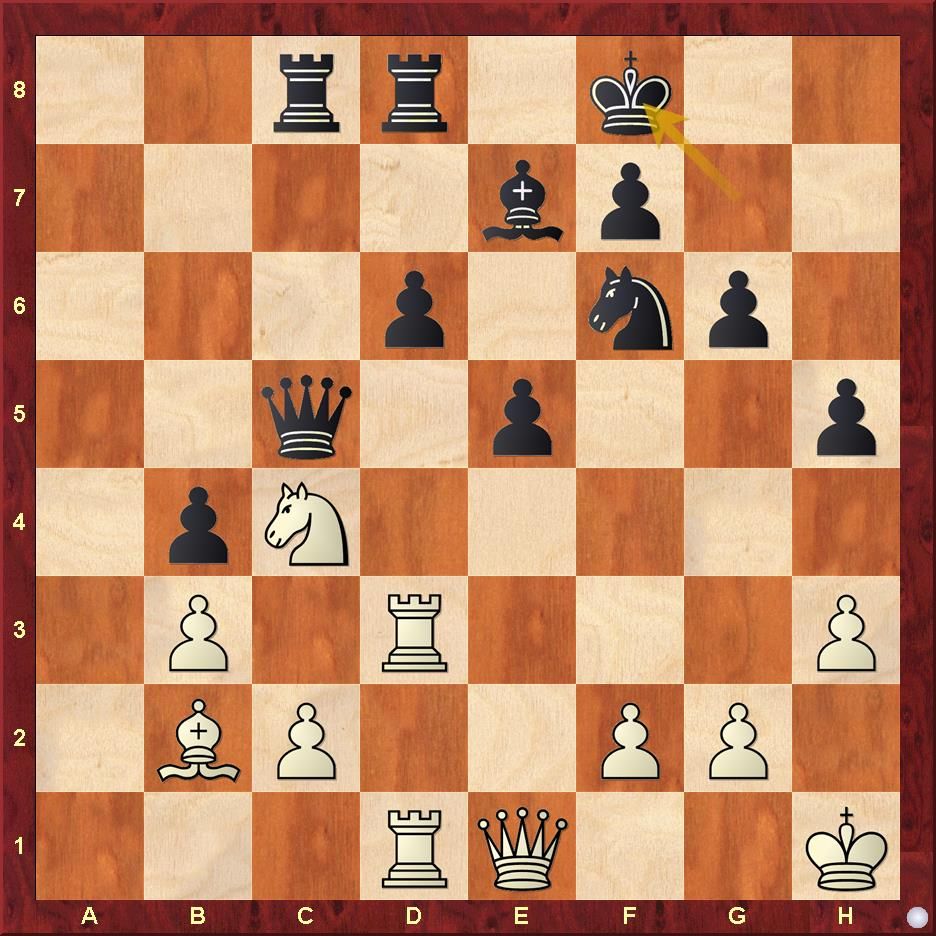 32.c3 keeps the position level and asks Black some difficult questions. Instead, 32.f4? looks like a strong move, but actually weakens White's king more than Black's, and Giri soon found himself with a decisive advantage.

It could have all ended differently had Nepo found a cute defense late into the endgame: 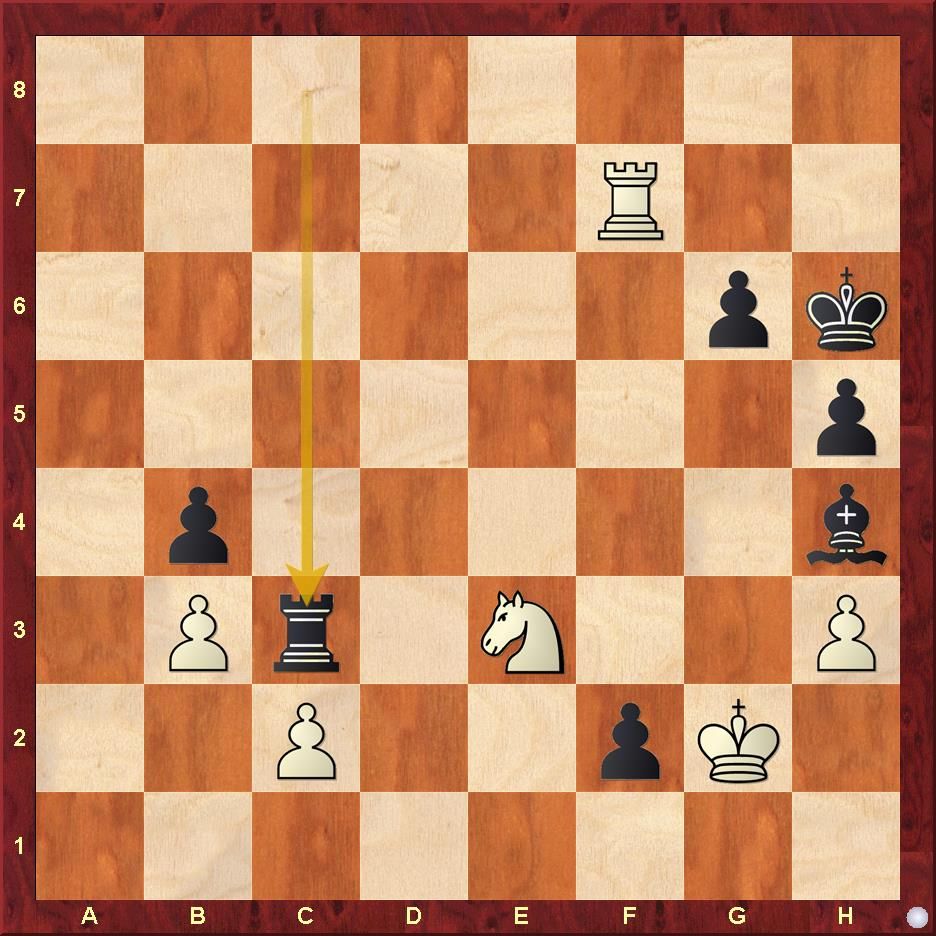 50.Nf1! Rxc2 51.Rb7! is a neat trick that equalises objectively, even if White has to suffer for a while to prove it. Instead, 50.Rf3? gives Black a winning advantage after any natural move, and Giri equalised the match. 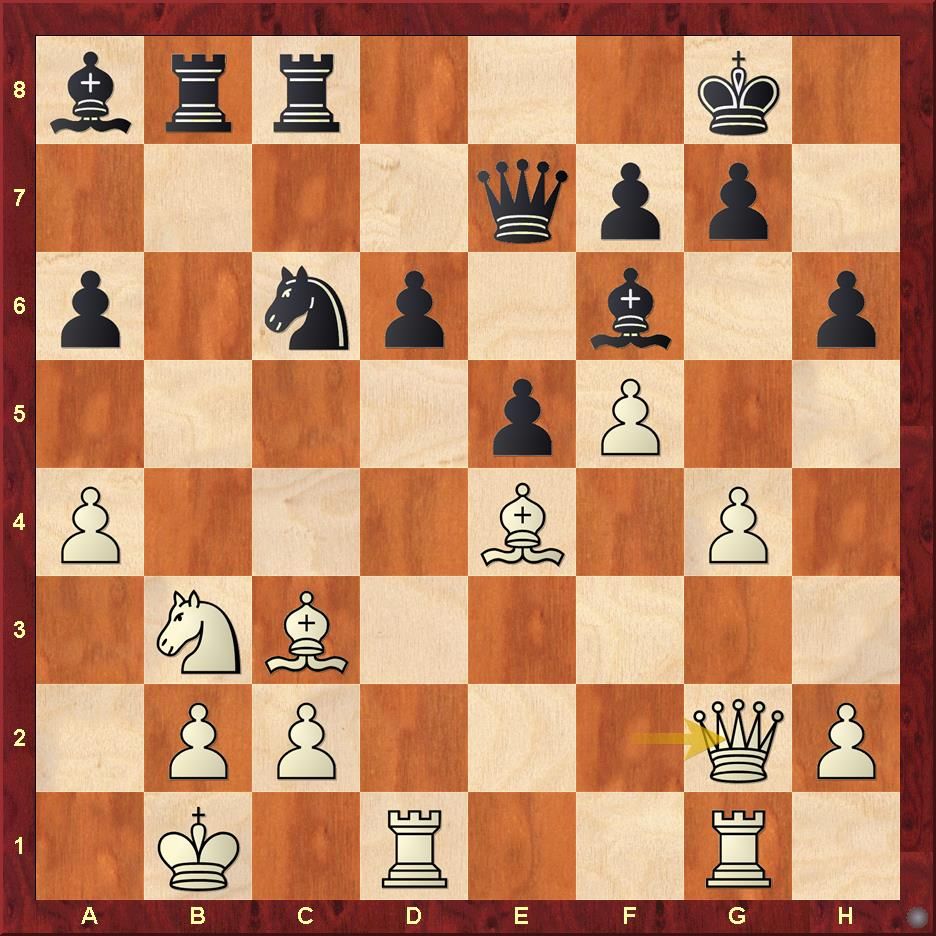 A number of moves keep the dynamic balance here, but not the one that Giri chose - 27...Nd4?! is a step in the wrong direction, and after further errors White ended up winning a neat major piece endgame.

Needing to win on demand to force an Armageddon Giri chose the Reti, and in his haste Nepo blundered decisively as early as move 13!: 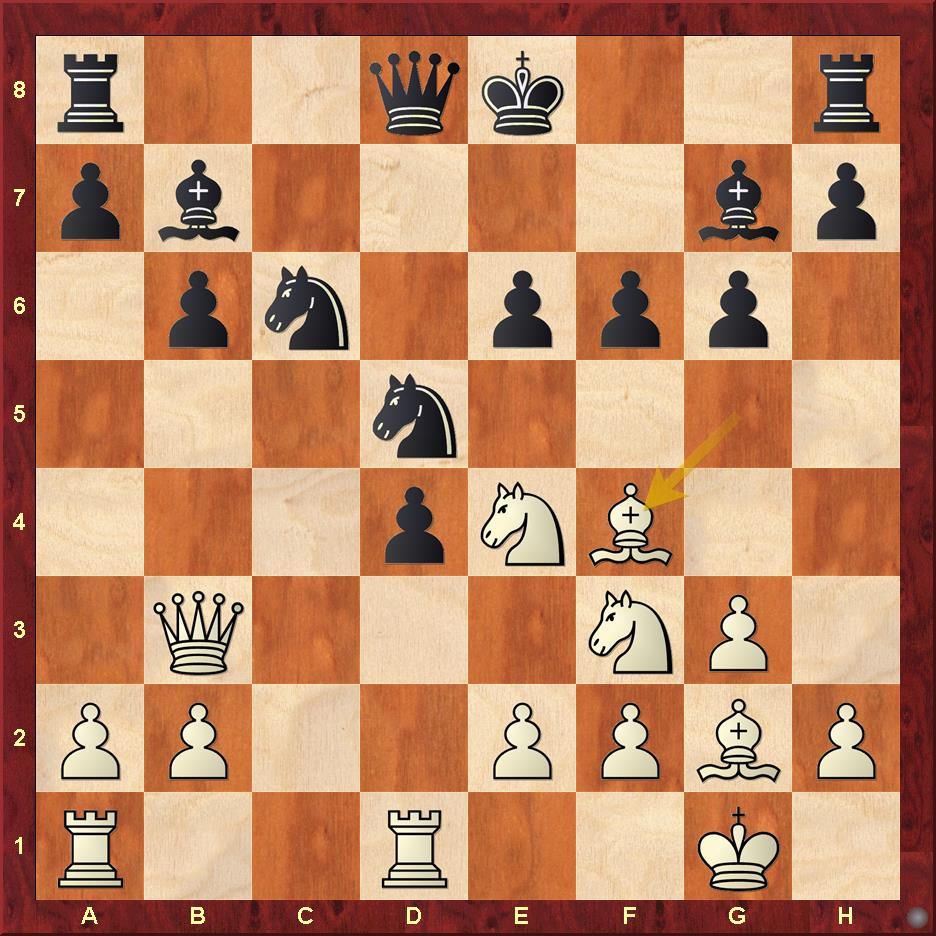 The simple 13...0-0 keeps the game complex and unclear. Instead, 13...e5? is surprisingly a decisive mistake, as after the stunning 14.Nxd4! the complications seem to work for White. Giri played the rest of the game at a high level and managed to win with ease.

The Armageddon saw a 5.Re1 Berlin where Nepo calmly outplayed Anish, and he seemed to have one foot in the finals when he slipped up tactically: 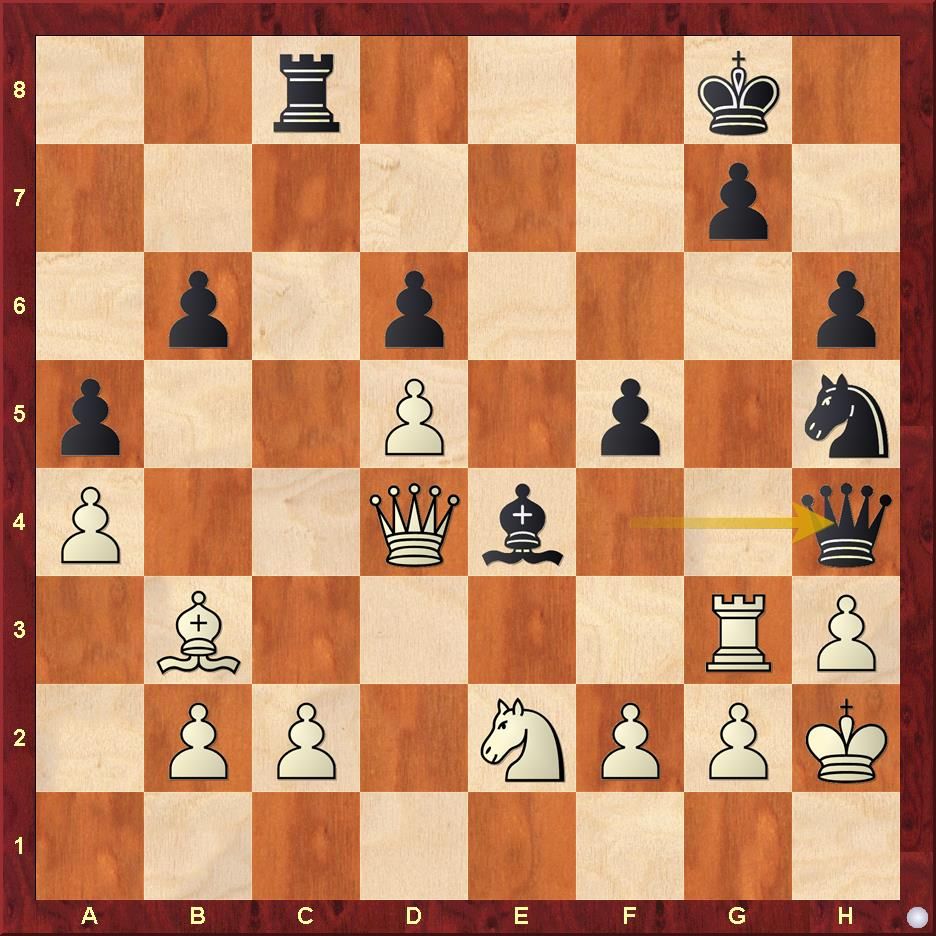 31.Rg6! grants White a winning advantage, as the d6-pawn is extremely weak and will fall by force. Instead Nepo chose the tempting 31.f3??, no doubt foreseeing that he wins two pieces for a rook after Nxg3 32.Nxg3, but missing that Black has Qf4! 33.fxe4 h5!, which wins back one of the pieces and leaves Anish an exchange up, which he proceeded to convert with precision. 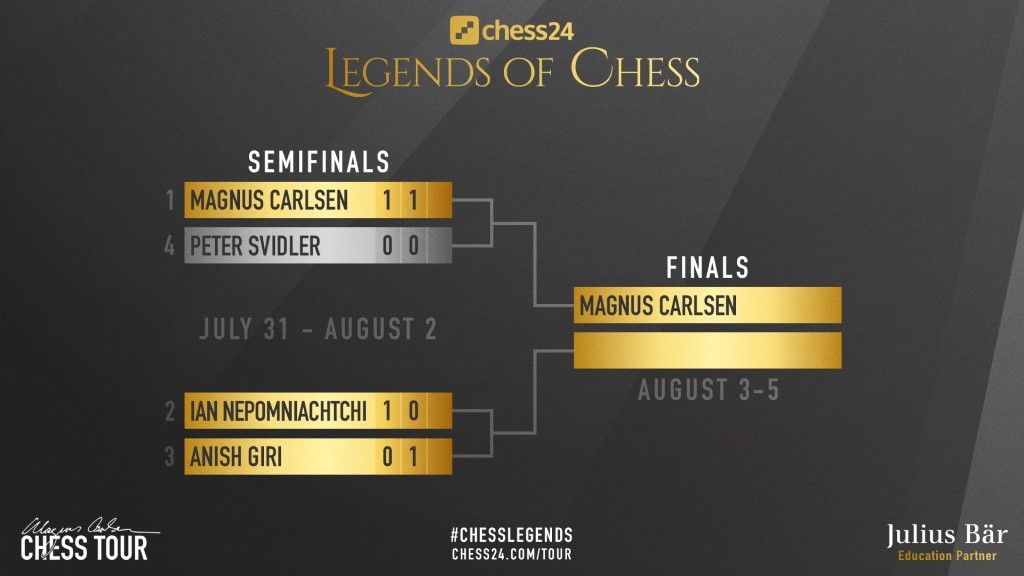 Results after the 2nd leg of the Semifinals
Related news: