Nihal Sarin once again delivered a stellar performance to win Serbia Open 2021 Masters. He scored an unbeaten 7.5/9 and finished a half point ahead of the strong field. He had decisive advantage against Fedoseev in the final part of the endgame, but he decided to make a draw because it was enough for him to win the event. To deliver two consecutive 2780+ performance, storm into World no.88 and India no.5 in the live ratings list, just days before FIDE World Cup 2021 is something to cause shivers for his opening round opponent at the biggest World Cup in history. Photo: Rupali Mullick 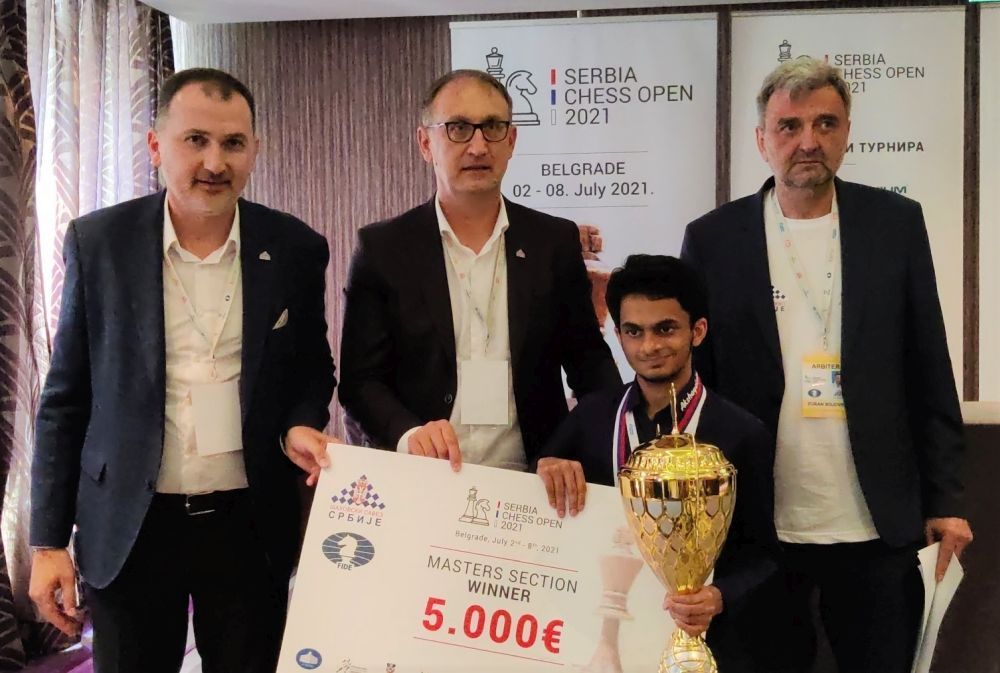 Nihal gained advantage in the final moments of the endgame against Fedoseev (RUS). When he realized a half point was enough for him to win the tournament, he made a draw. 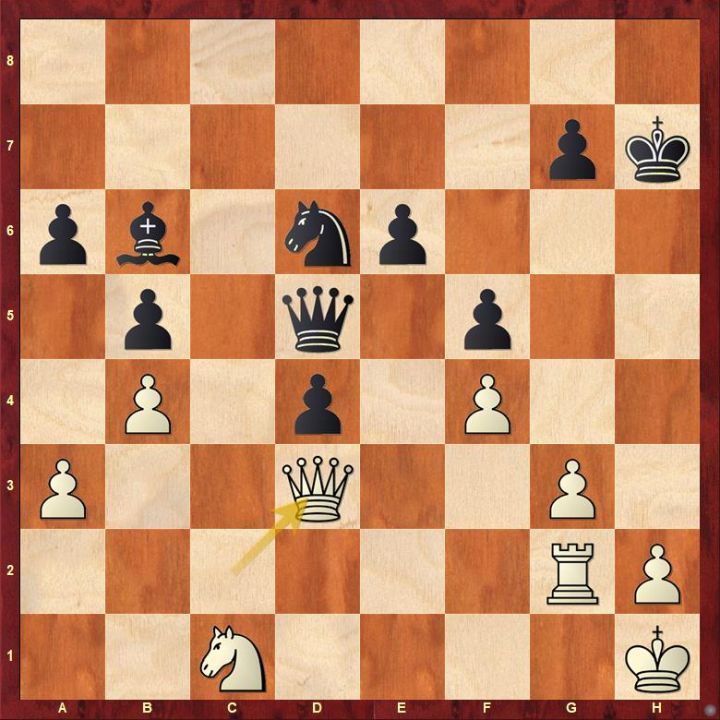 White needed to play 34.Nd3 to control the e5-square and prevent Black from getting e5 easily. 34.Qd3 allowed Nc4 and now the e5-idea cannot be stopped. After 35.Kg1 Black played g6 to prepare for e5 break.

Nihal Sarin inspires one and all | Video: ChessBase India 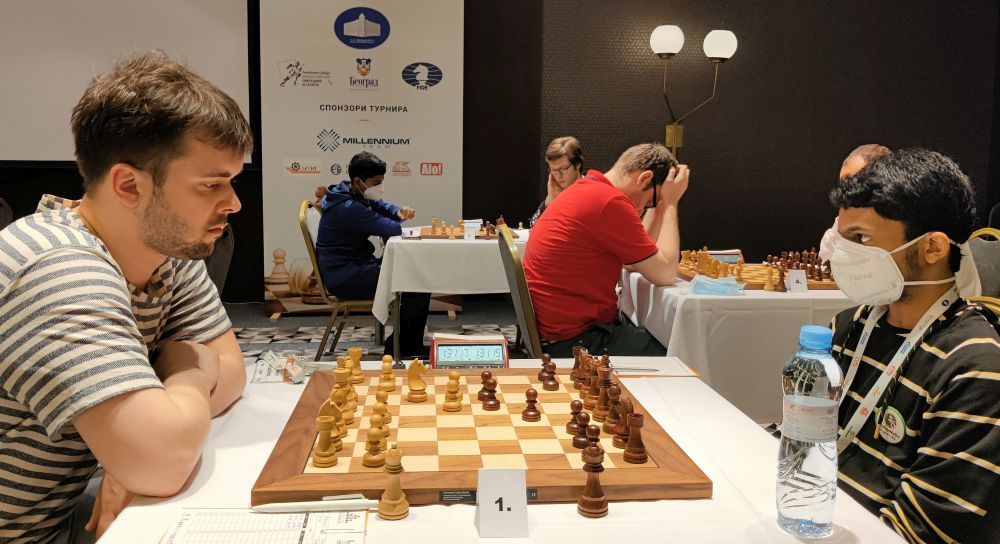 Nihal had Fedoseev on the ropes | Photo: Rupali Mullick 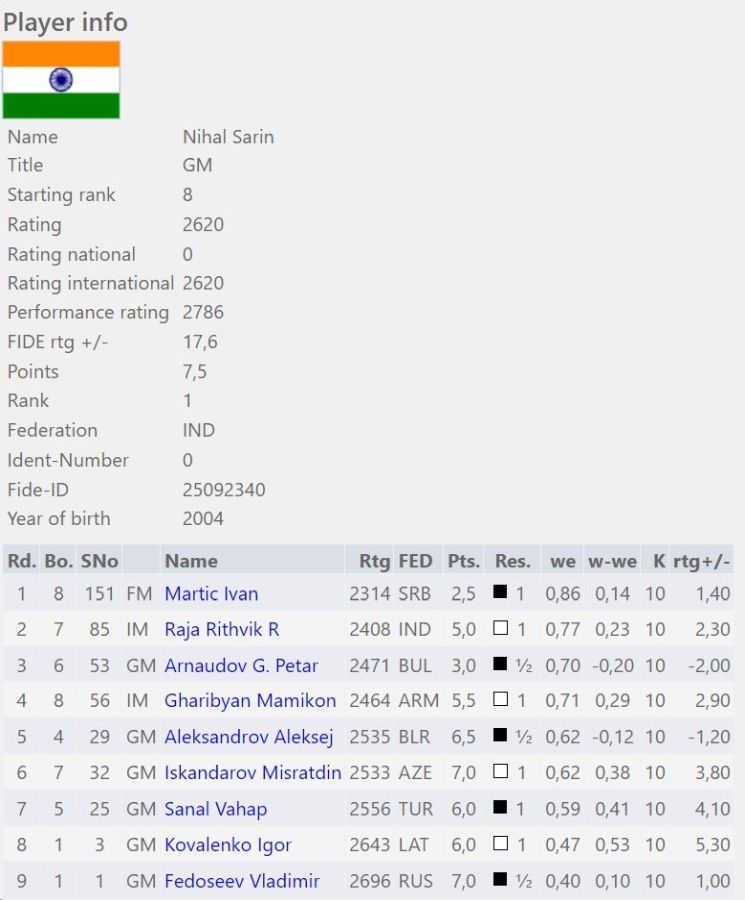 GM Kirill Shevchenko (UKR) had decisive advantage in the game until he made a mistake which Pranav caught easily. 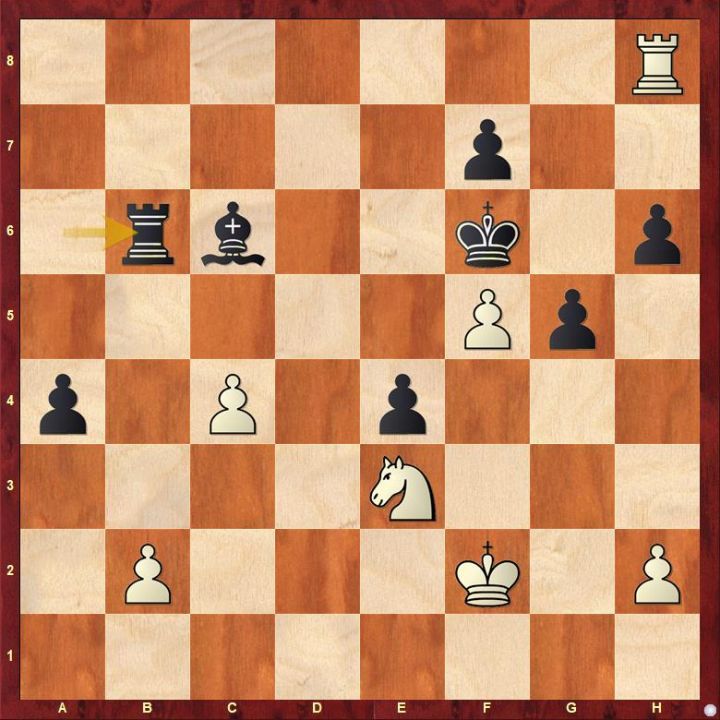 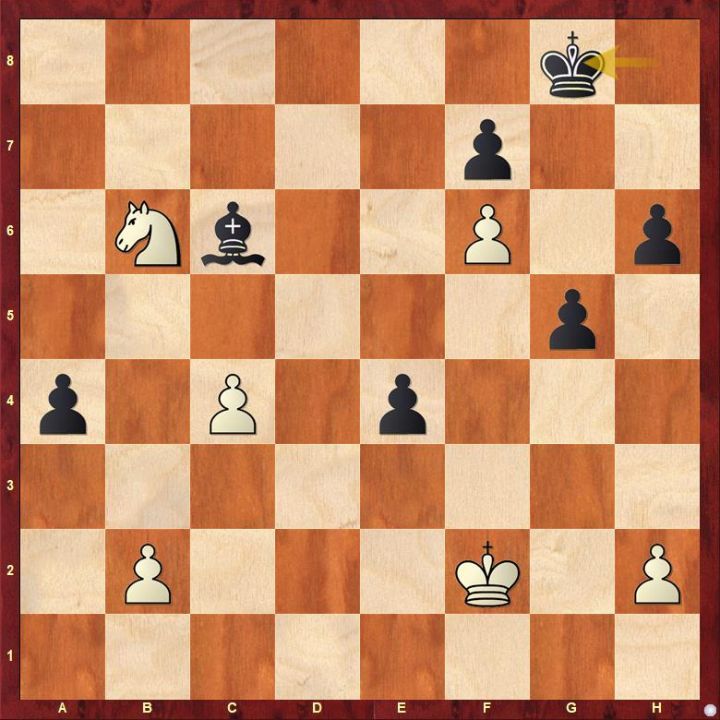 50...Kg8 is a mistake because the pawn wedge at f6 is going to be the cause of demise for Black after 51.Nc8. The only way for Black to save the game was to push the kingside pawns 50...g4 or h5. A win would have given Pranav a fifth place finish but eventually he lost the game. 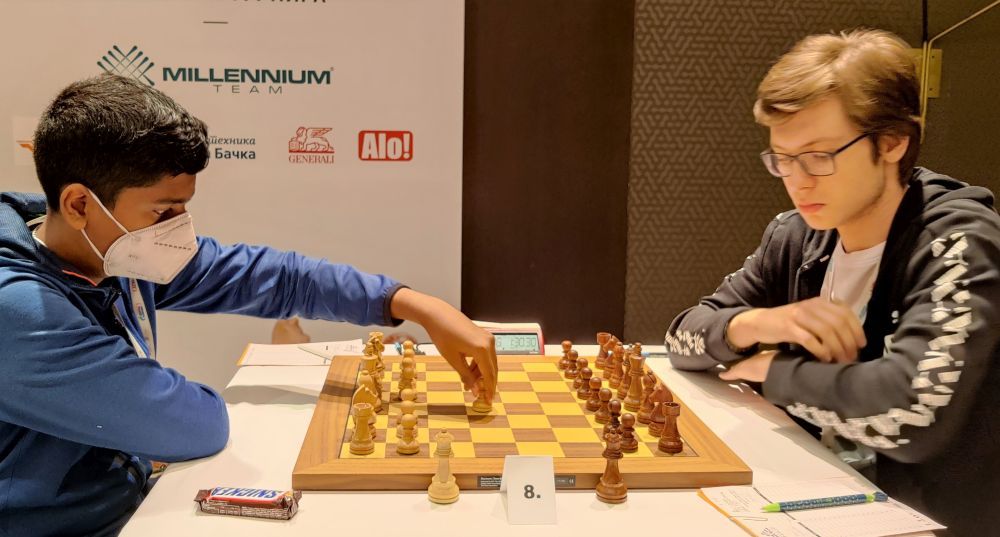 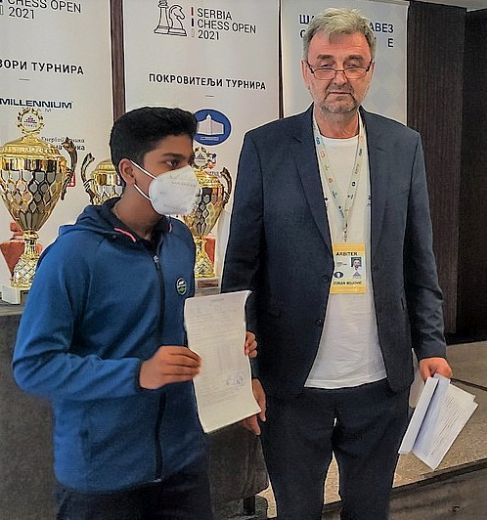 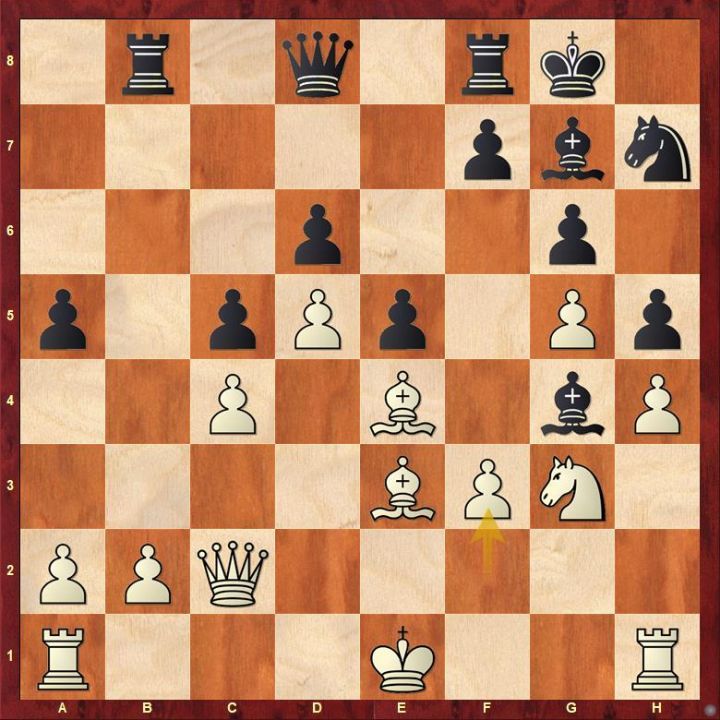 Things have gone terribly wrong for Black as the position looks crumbling after 19.f3. 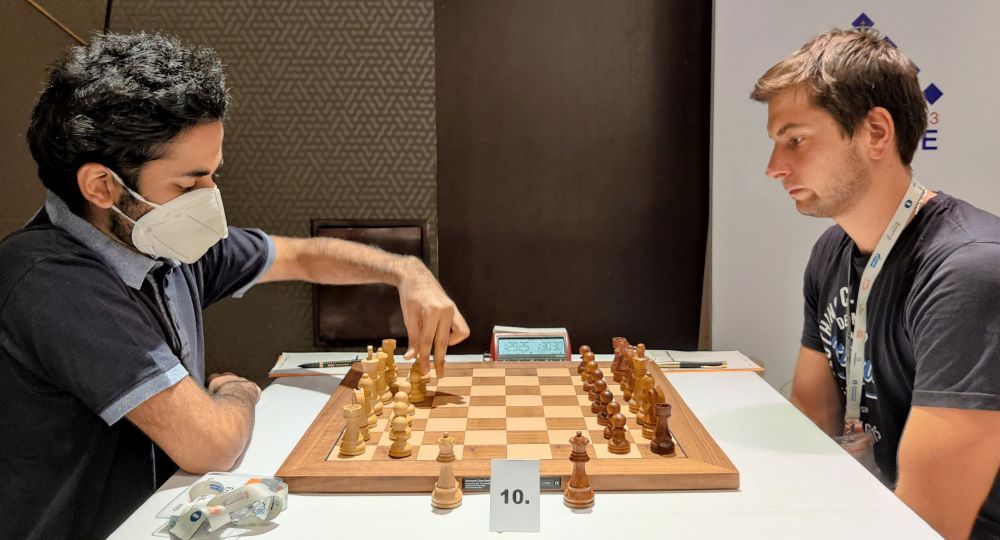 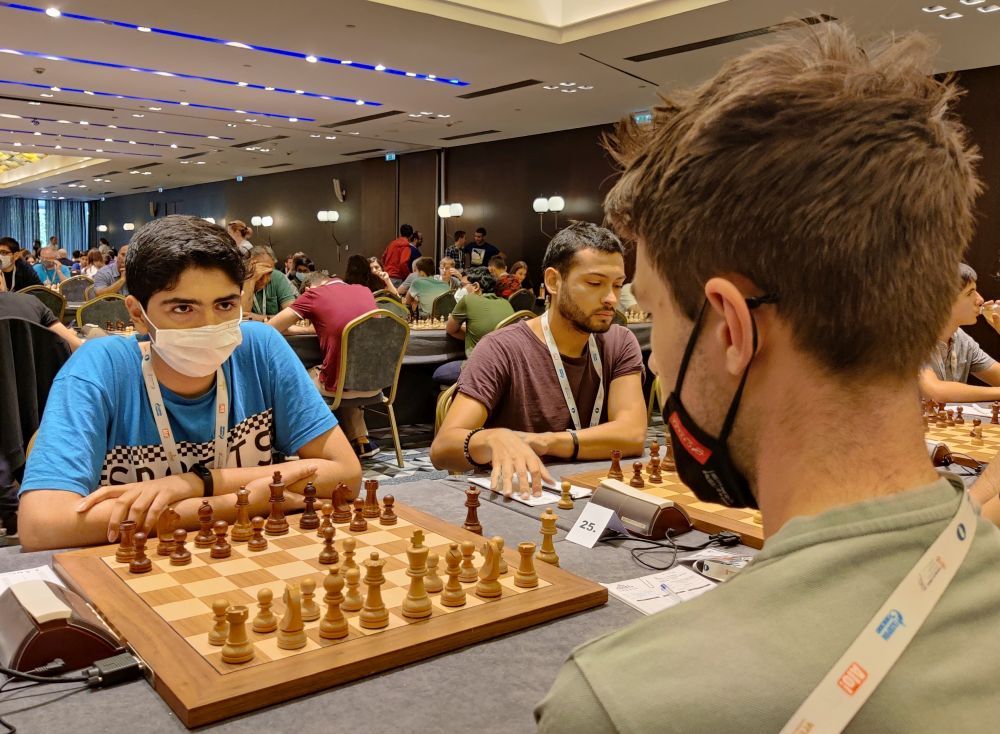 For more photos: Round 9 and Prize distribution ceremony.

Here are a few interesting finishes from Round 9 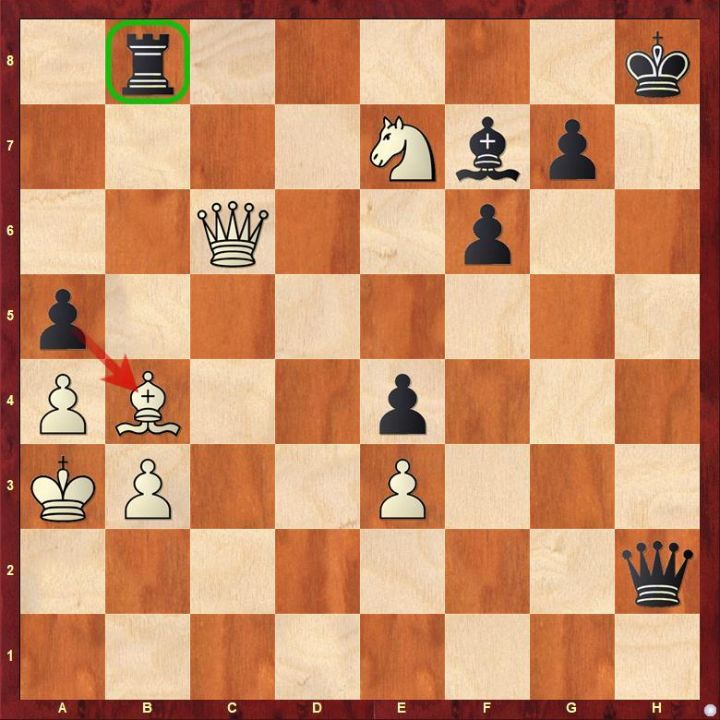 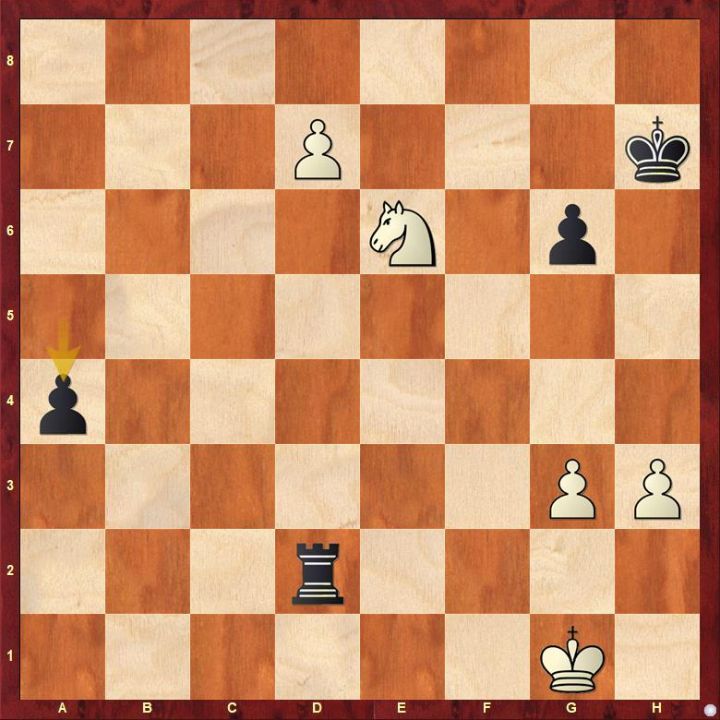