Mamedyarov and Rapport join Vidit at the top

The fifth round also had two decisive games in the Masters section, just like the previous round. Magnus Carlsen managed to recover things from an uncomfortable position against Nils Grandelius. Jan-Krzysztof Duda was completely winning against Sergey Karjakin in the final moments. However, time control conundrum got the best of him and he had to settle for a draw by repeating moves. Fabiano Caruana also seemed to be much better in the endgame. However, his opponent Andrey Esipenko salvaged a draw.

Vidit opted for the solid Petroff with the black pieces. When the opportunity arose, he pushed his pawn in front of his castled king. 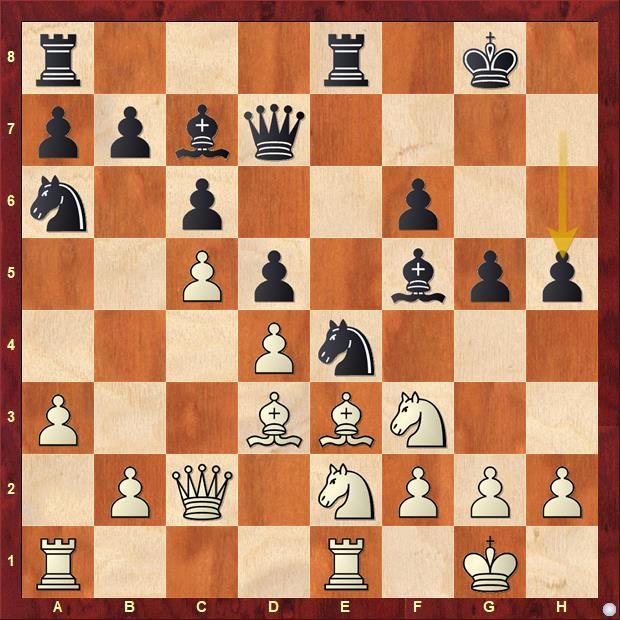 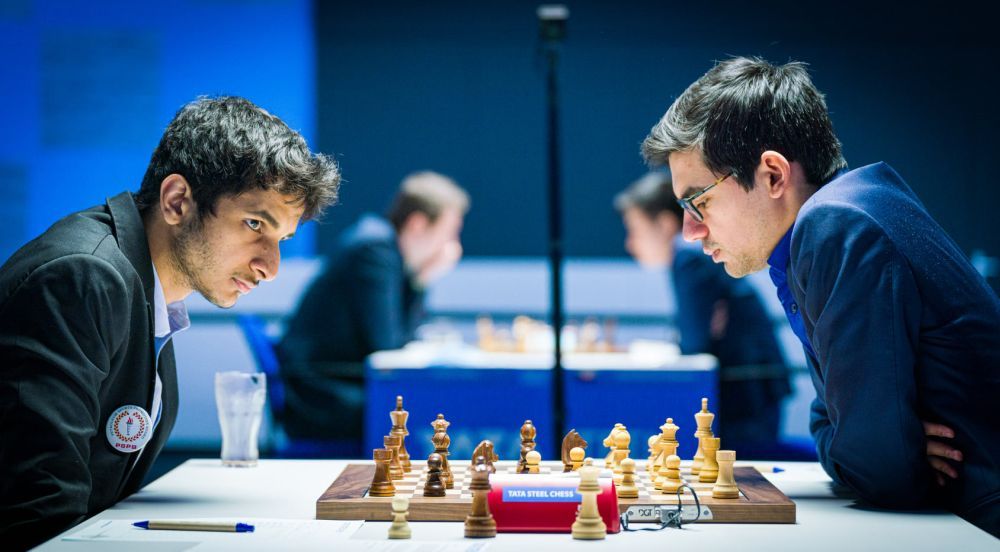 Magnus Carlsen got into a bit of trouble early in the game against Nils Grandelius. 18...d5 was a bold choice by the world champion who wanted to sacrifice a pawn to get a better long-term king safety as mentioned by his opponent in a post-match interview. 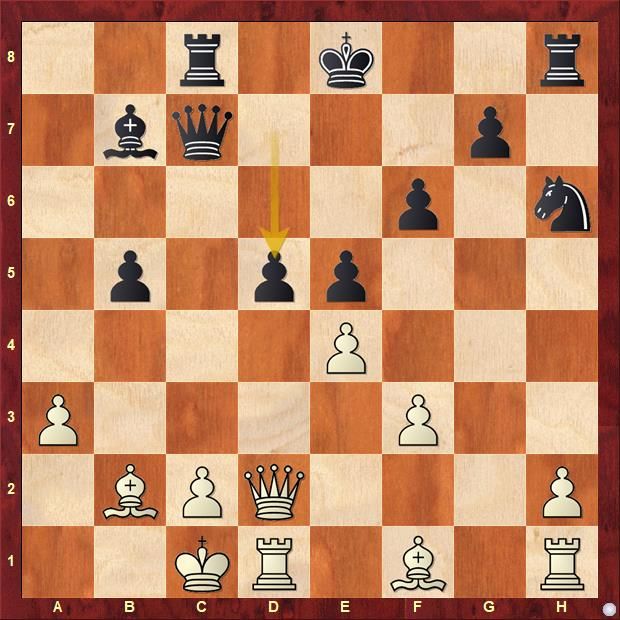 Black's position seemed slightly uncomfortable after 19.Bxb5+ Kf8. Computer recommends 20.Qb4+ Kg8 21.Qb3 to be substantially better for White. However, the game continued 20.Ba4 d4 21.Bb3 Nf7 and Black managed to get out of trouble. 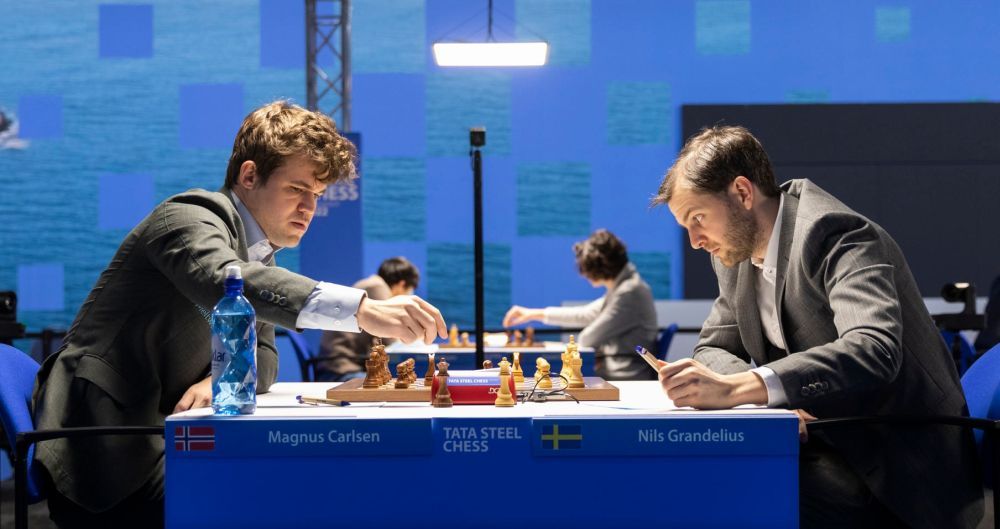 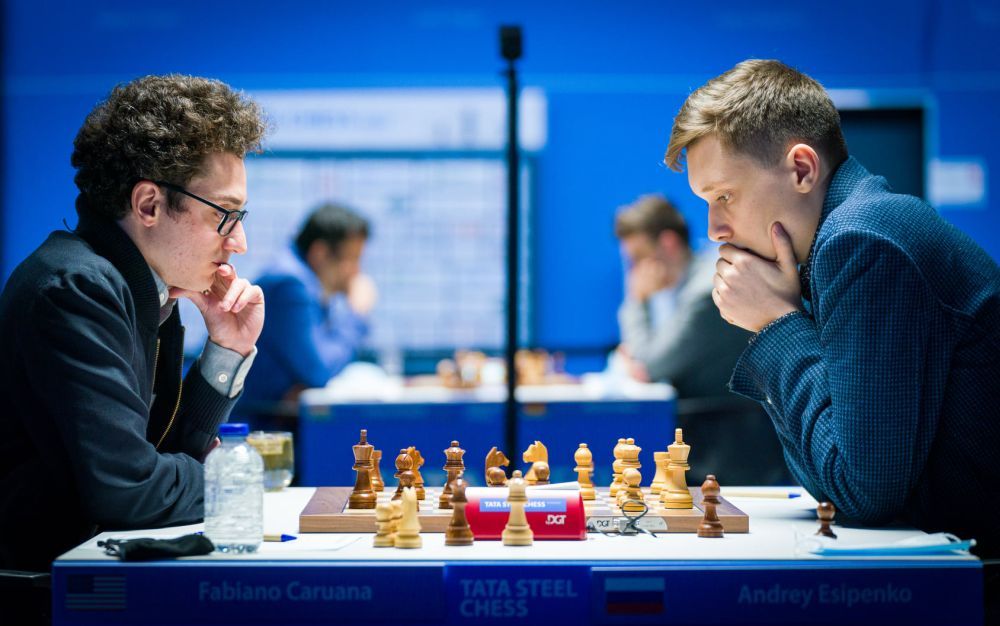 Jorden van Foreest's ambitious play against Shakhriyar Mamedyarov did not turn out to be fruitful for him. The defending champion suffered his second loss of the event and his opponent scored second consecutive victory to join the lead. 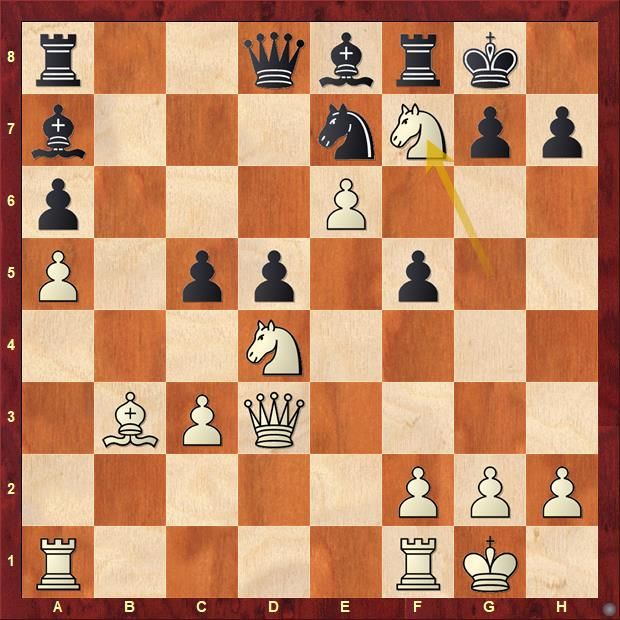 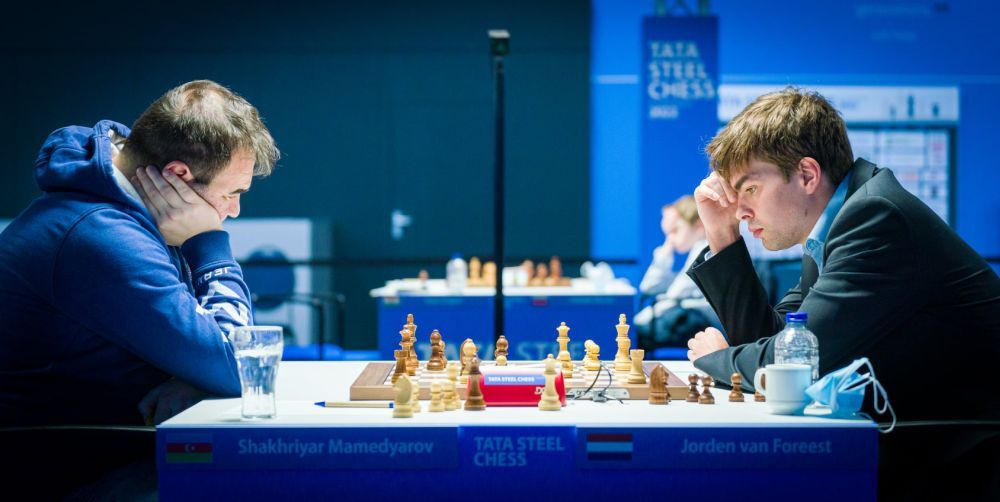 Rapport's encounter against Praggnanandhaa was the most complex and thrilling game of the day. Rapport thrives in that area, as can be seen from the game. He gets to be all creative in the game. 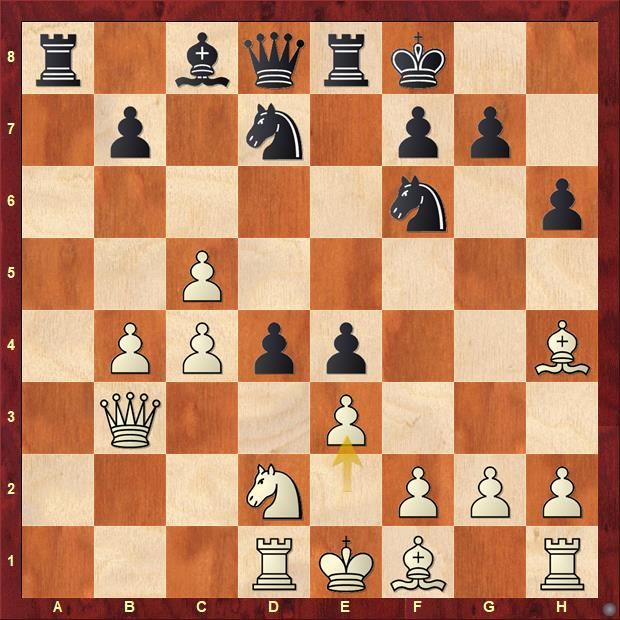 The above diagram is a critical moment of the game. 17...d3 is what set the tone for the rest of game. Although Black has a strong center and White's kingside pieces may seem to be lacking space, it is White's pawn mass on the queenside which eventually proves to be fatal. While 17...d3 seems to be quite logical for a human, computer condemns it and prefers 17...Ne5 to be the better alternative. It is definitely remarkable to see the rest of the game where the World no.11 converted his advantage beautifully to score a victory and become World no.9 in live ratings. 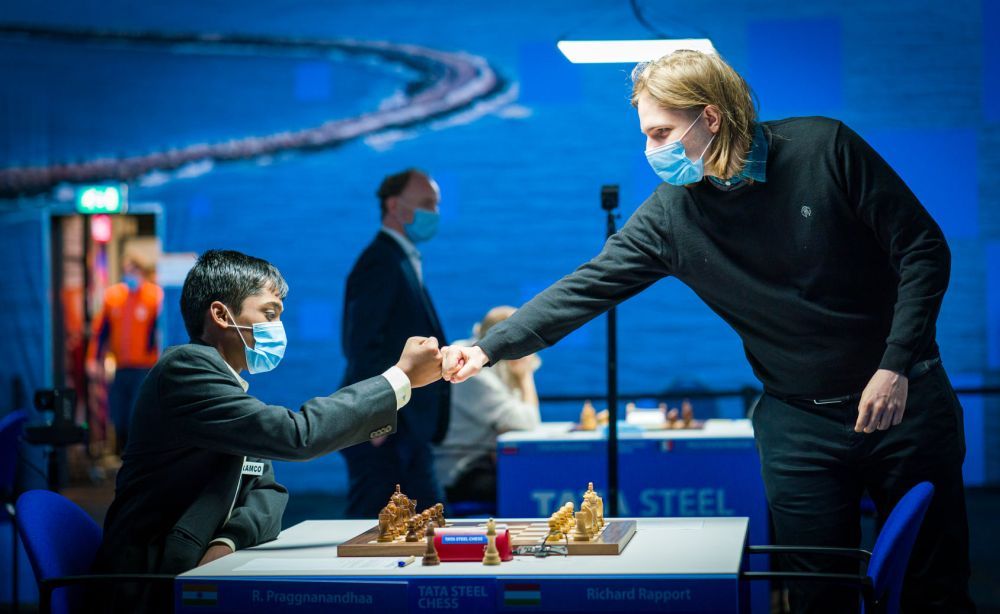 Jan-Krzysztof Duda had an unexpected result in an interesting game against Sergey Karjakin. 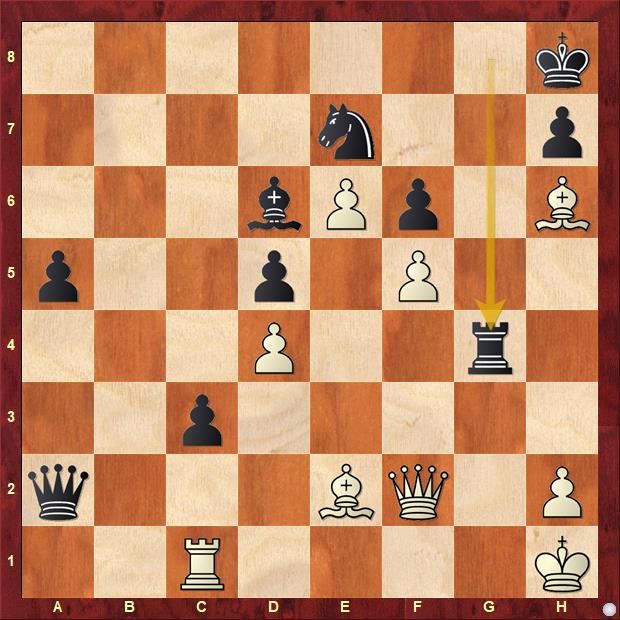 The FIDE World Cup 2021 winner mentioned in his instagram post, that it was not easy to find the best way to continue with only two minutes left on the clock and four moves to make. Well, had he found 37.Rf1, the outcome of the game would have certainly been a different one. 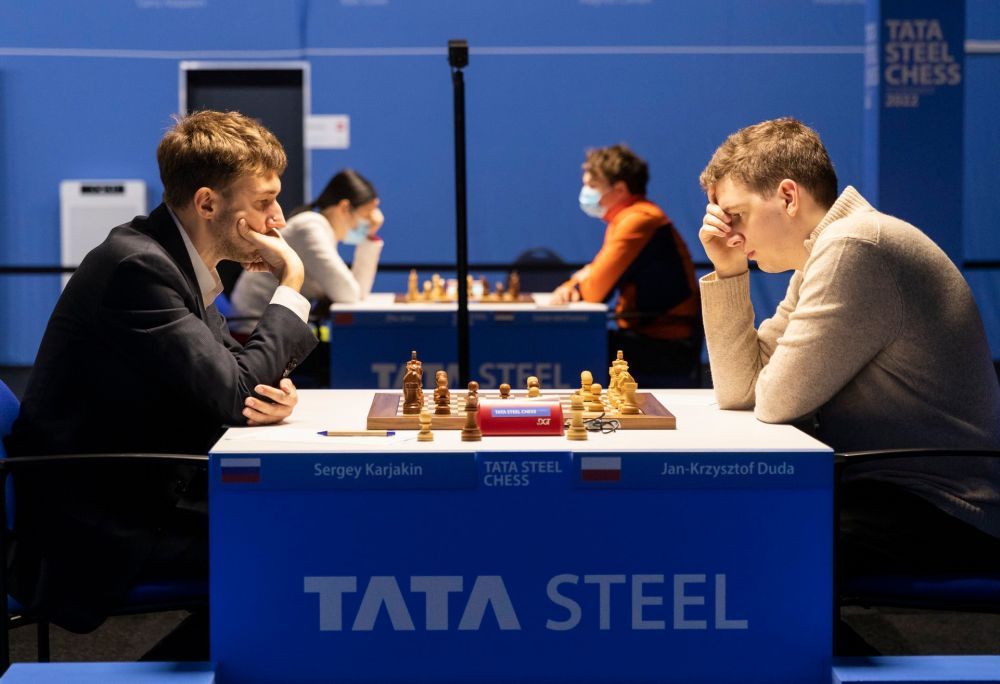 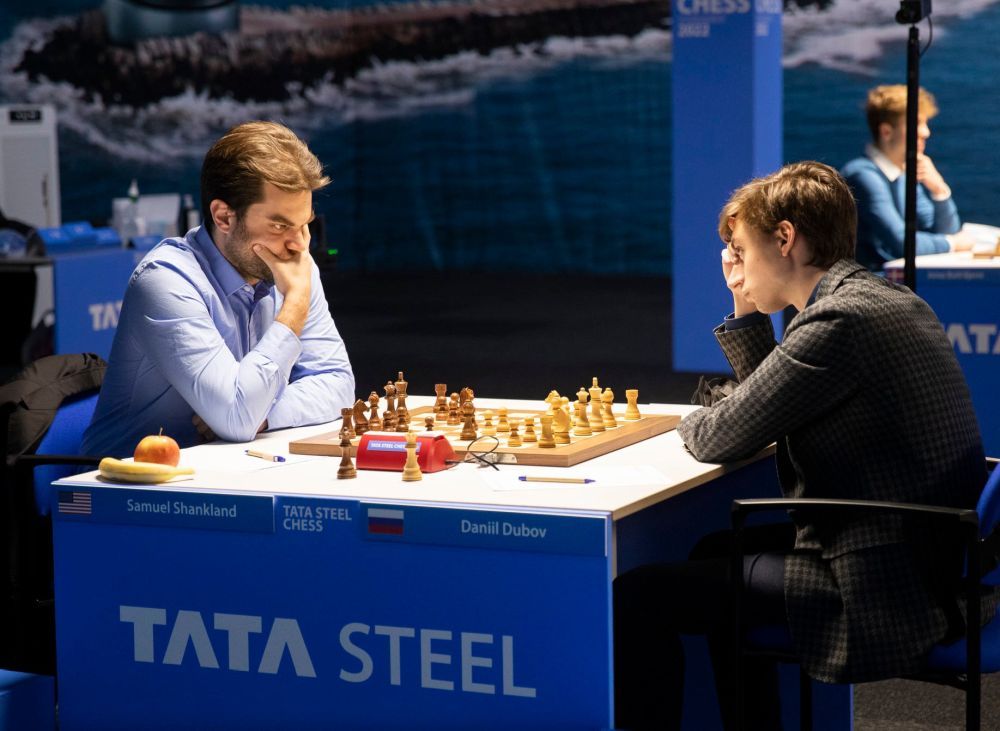 GM Arjun Erigaisi got a pleasant position out of the opening against IM Volodar Murzin. 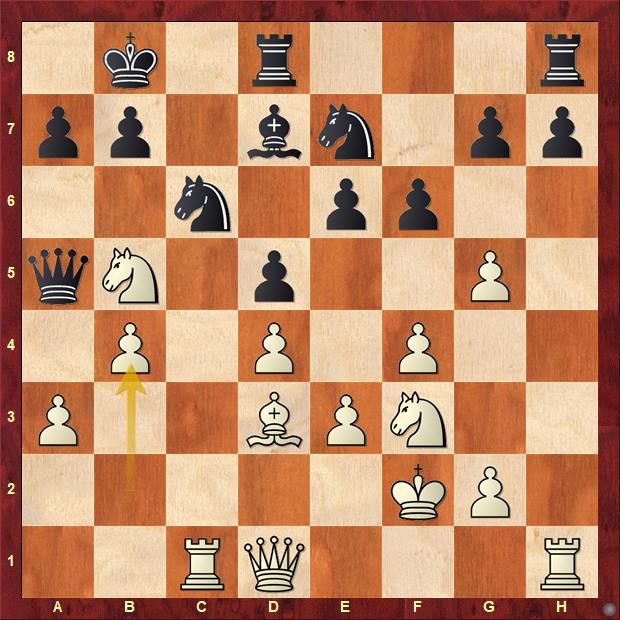 When someone is in top form and gets a great position like this, it is quite obvious that he will convert it into a win. 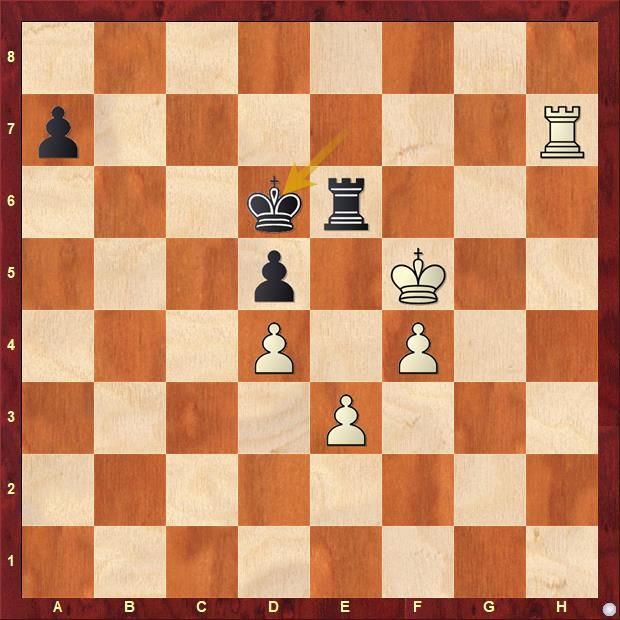 A critical moment in the rook ending. Shall White take a7-pawn or not?

GM Surya Sekhar Ganguly invaded with his rook in a rook and knight vs rook vs bishop endgame. IM Roven Vogel did not respond correctly and his opponent used his wisdom to make the most out of it. 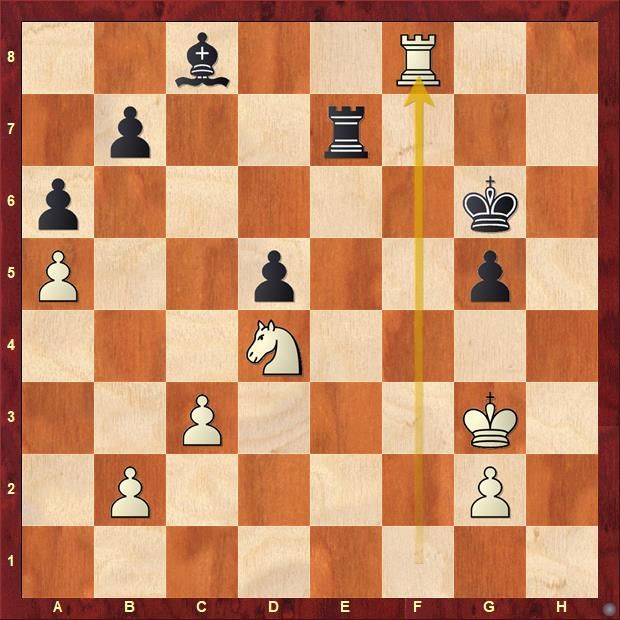 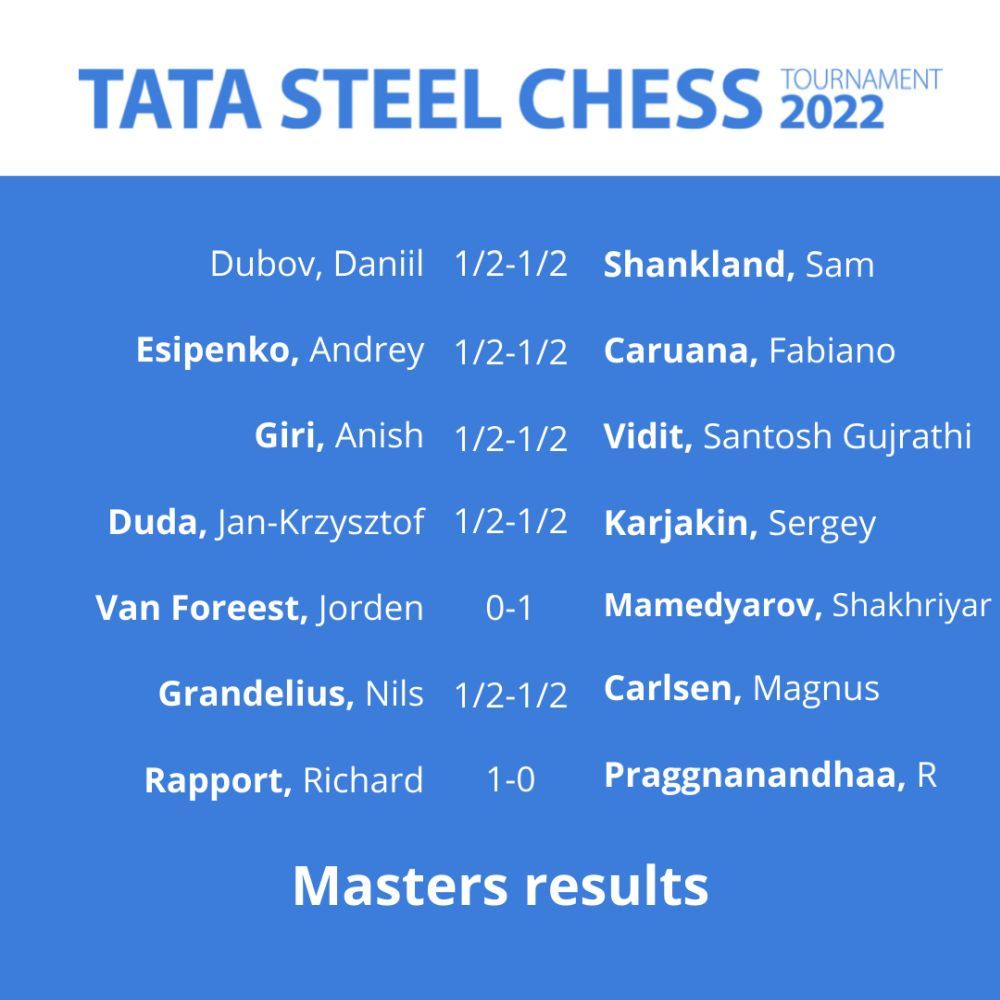 Mamedyarov and Rapport won their respective games in Round 5 of the Masters section | Photo: Tata Steel Chess 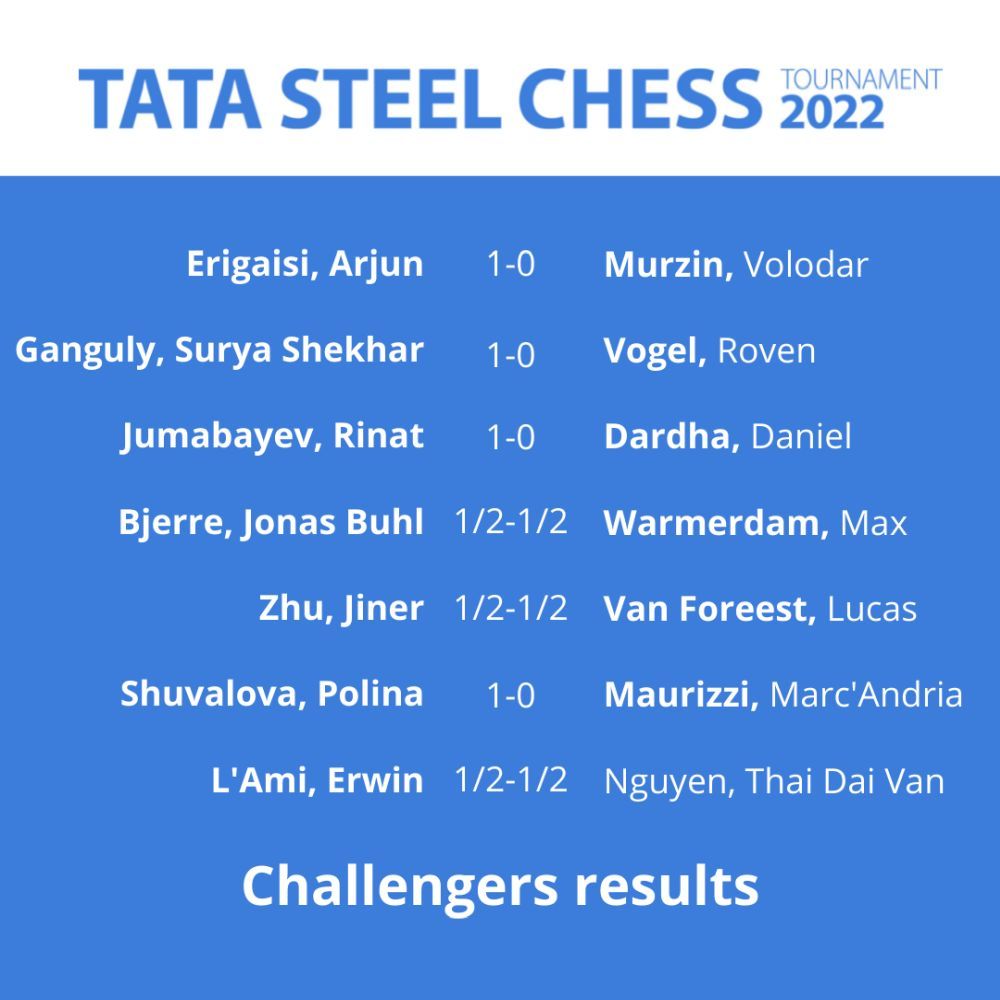 All four decisive games were won by white pieces in Round 5 of the Challengers section | Photo: Tata Steel Chess 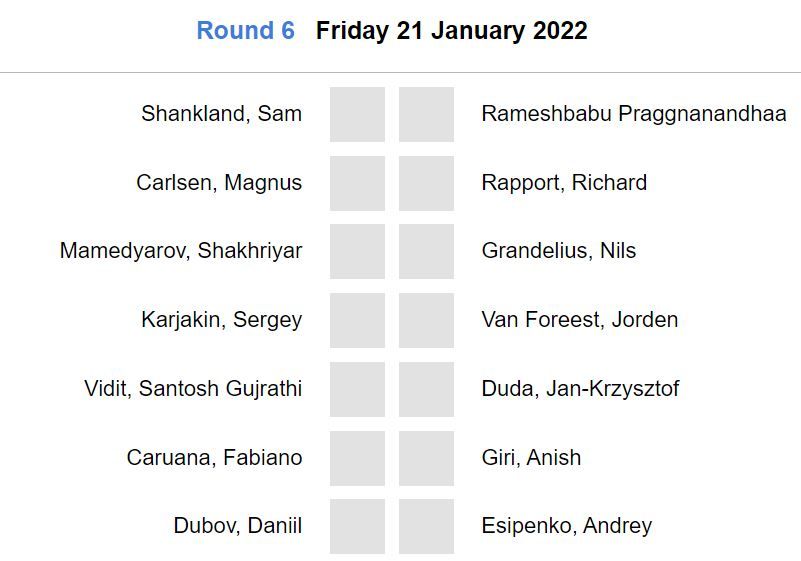 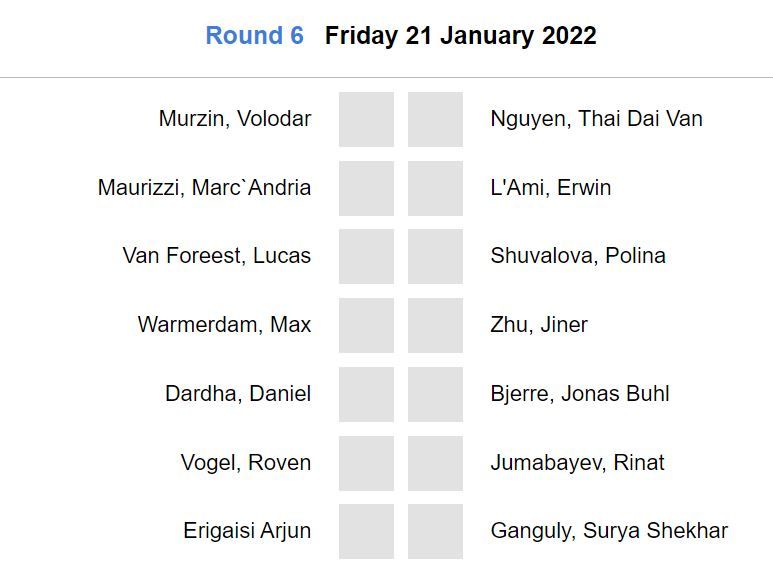 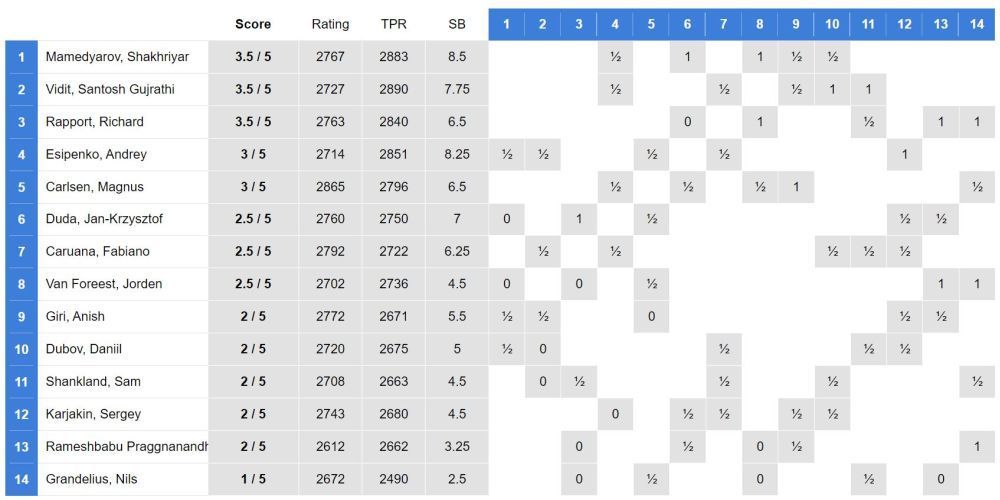